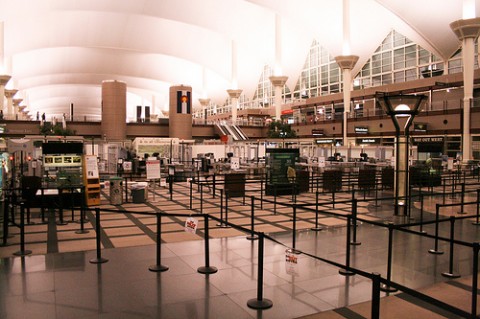 TSA Administrator John Pistole was busy making the rounds during Thanksgiving week, trying to assure holiday air travelers that their screening experience would be better than last year.

Which it was, thankfully.

That’s probably because the agency backed off some of its more absurd practices, like forcing children to take off their shoes. (Ever heard of a two-year-old shoe bomber? Neither have I. Richard Reid was 29 when he tried to take down an American Airlines flight to Miami.)

TSA also installed privacy filters on many of the body scanners, which seemed to quiet some of the critics who contended the advanced imaging technology was invasive and sent revealing images to TSA agents for their amusement.

Of course, Pistole glossed over the biggest problem, which is the radiation emitted by the machines. He had agreed to have the scanners retested earlier this month, but now says it’s probably unnecessary.

“I have no concerns about the safety of the machines,” he told CNN. “I just learned about an Inspector General report that is in draft form, that validates those prior studies, so that may suffice.”

Then again, CNN didn’t really conduct an interview with the administrator as much as it seemed to be shooting a promotional video for the agency. (Sample question: “And what’s on your holiday wish list?”) And the traveling public responded with a collective yawn.

Incidentally, Lisa Simeone has a more detailed analysis of Pistole’s holiday interview over at the TSA News Blog.

But as is so often the case, what TSA said wasn’t as interesting as what it didn’t say.

It didn’t post its usual weekly roundup of weapons confiscations to its blog. Anyone notice that? The last TSA Week in Review was posted on Nov. 11.

It’s possible that Bob Burns, the PR genius behind these posts, took a long vacation (despite promises to continue updating the traveling public during the busiest travel period of the year). But skipping two weeks of the confiscated-weapons updates suggests something else may be going on.

Last week, I told you about the loaded gun that got through airport security in Houston, but that’s hardly an anomaly. Here’s a recent story about a knife that made it through in a carry-on bag.

“This is something they need to take a look at how or why something like this happened,” the knife-packing passenger, whose name is Gary Flouhouse, told a Fox News affiliate in North Carolina.

Has the TSA decided to keep quiet about its weapons confiscations because it draws the public’s attention to loaded guns and hunting knives being brought on the plane? Does that then potentially subject the agency to more ridicule when it fails?

Maybe the TSA decided to go in a different direction, asking passengers to stop carrying dangerous items on board instead of telling them how great it was at finding their contraband. I think that’s a much smarter approach, from a public-relations perspective: shift the focus on the passenger and away from the incompetent agency.

Ah, but the holidays are just getting started. All it takes is one little terrorism scare to throw this whole circus into chaos. Pistole knows that he has Congress breathing down his neck, which may be the reason he gave the world’s most boring interview to the Washington Post while he was on his media tour last week.

That’s exactly the point; he didn’t want to say anything that would give his DC critics any more ammo.

Pistole is probably just trying to run down the clock until the next presidential election, at which time he will find a job as an overpaid consultant, or as a lobbyist for Rapiscan Systems, and air travelers will be none the wiser.

That is why no one paid much attention to his tepid “can’t-we-all-just-get-along-now” Thanksgiving message. Because in the end, he really didn’t say much worth paying attention to.