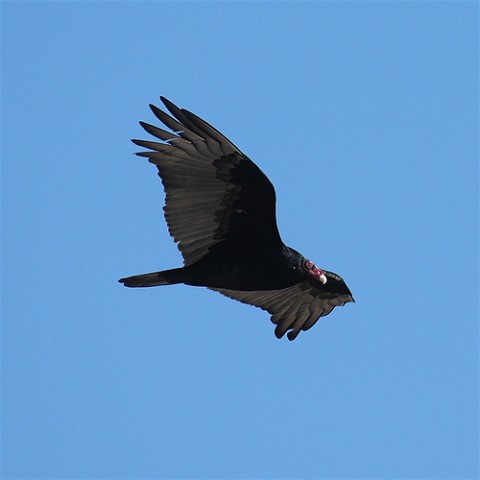 Flying somewhere this Thanksgiving? You might want to read this first.

This probably isn’t going to be like past Thanksgivings.

• The full-body scanners issue hit a critical mass this morning when a technology blog released images taken from one of the machines in Orlando and obtained under the Freedom of Information Act. People are upset about the pictures.

• The controversy over the new pat-down procedures for those who refuse to be scanned also climaxed this morning when Homeland Security Secretary Janet Napolitano told a newspaper, “if people want to travel by some other means,” they have that right. In other words, don’t fly if you don’t want to be patted down or scanned.

• TSA didn’t exactly help when it announced it will formally investigate John Tyner, the San Diego-area passenger who who left Lindbergh Field under duress on Saturday morning after refusing to undertake a full body scan. TSA says the investigation could lead to prosecution and civil penalties of up to $11,000.

• AAA added fuel to the fire when it predicted a double-digit increase in the number of Thanksgiving travelers. It projects the number of Americans traveling for the Thanksgiving holiday will increase 11.4 percent from 2009, with approximately 42.2 million travelers taking a trip at least 50 miles away from home. (Fortunately, 94 percent of these trips will be by car.) Separately, the Air Transport Association has said it expects 24 million air travelers this Thanksgiving, up 3.5 percent from a year ago.

I’ve also just learned that several consumer rights activists, including Ralph Nader, have taken a stand against the new body scans and pat-downs, raising the possibility that even more air travelers will participate in Opt-Out Day on Nov. 24, when passengers are being asked to refuse to walk through the machines.

If even a small number of air travelers turn down the scans on Nov. 24, which is one of the busiest travel days of the year, it could significantly slow an already overburdened air transportation system — maybe even bring it to a standstill.

I’ve been getting that question a lot this morning — is there a solution?

The activist in me says: Fight the scans. Resist. Make the government back down. Because if it has its way with us now, it will take even more liberties in the future.

That’s a point many commenters on this site have made, too. If we don’t draw the line now, where does it end?

But the mediator in me says: Open a dialog with the Department of Homeland Security. See if there’s another way to achieve its screening objectives.

Yes, I’m put off by some of Secretary Napolitano’s comments. But in the same interview, she says she has an “open ear” to any adjustments to security measures in place at the nation’s airports. I know many people are trying to talk with DHS now in an attempt to avoid a Thanksgiving travel disaster.

I like plan “B” better. But if the government doesn’t listen and make meaningful changes to the way in which it screens passengers, then we will be left with no choice but to opt out en masse on Nov. 24.

Or not to fly at all.