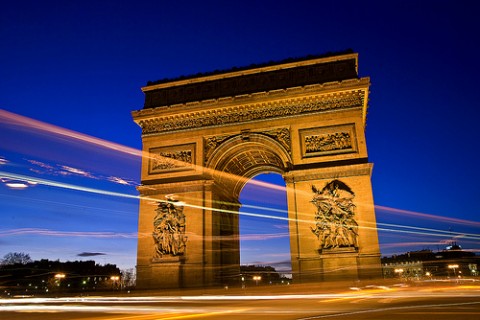 You know Murphy’s Law — “anything that can go wrong, will go wrong”? Well, Eric Schwartzman had one of those experiences when he rented an apartment from AirBNB recently.

Before I get into his story, I should mention that Schwartzman is a fellow journalist who was referred to me by another colleague. I help a lot of journalists off the record, but it rarely gets to this level.

And what level is this? Schwartzman is unhappy with the way AirBNB handled a difficult stay in Paris with his family, and is disappointed by the reaction from the company’s management when he questioned its policies.

Schwartzman and his family had found a “too good to be true” rate of $178 for an apartment that included a kitchen, more space than a hotel room, and a great location. But, he says, he “paid dearly” in other ways.

When he arrived early in the morning, he tried to take a hot shower.

There was no water at all in the apartment. I searched around for a water main but couldn’t find it. I contacted the host, and he responded quickly, saying he’d arrange to have it switched on and did so within the hour.

Next came a problem with the Internet. He just couldn’t connect to the wireless network, which was necessary because he conducted most of his business online.

When [the owner] arrived, he tested the broadband with his PC — he was an antiMac guy — and it worked, so he blamed it on my Mac. He said he didn’t use Macs and said it must an incorrect proxy setting on my computer. He couldn’t resolve the issue. We had to go to Starbucks for the duration of our stay just to get online.

Finally, the lock on the apartment failed. It took six hours for the owner to help him get into the building.

If you get locked out of a hotel room, you go down to the front desk and get a new key. But when a lock to a private residence fails and you’re stuck.

Be prepared to spend the night in a dark hallway with no where to sit, no bathroom and no where to charge your phone while you wait for your host to show up so. And they might even berate you for breaking their lock and charge you for a locksmith to fix it.

All the while, emails requesting help from AirBNB went unanswered.

At one point near the end of the stay, their host asked the family to leave — a demand he quickly withdrew — and eventually, he credited Schwartzman one-night’s stay for all of the inconveniences.

But it’s not enough. He thinks there are bigger problems AirBNB needs to address.

By removing the cost of operating a hotel, AirBNB lowers costs and makes it possible for travelers to rent directly from owners.

But by eliminating those costs, you also forfeit any on-demand customer support you might need. A front-desk clerk, lobby with seating, stable wi-fi and a bathroom are easy to take for granted when you have them. But we found out first hand just how vital they are when you’re locked out.

Another area of concern are AirBNBs cancellation policies. If guests cancels a reservation, they’re out half the booking fee for all of their nights. But if the host asks the guest to leave without cause, the guest is only entitled to a refund for the lost nights, he says.

“Which means if you’re a guest, your vacation is predicated on your host’s goodwill,” he says.

Schwartzman contacted AirBNB, which refunded another $200 of his stay, which was more than enough for him. But it declined his invitation to have a “civil, constructive conversation about my experience” for his social media podcast.

I was disappointed that they weren’t confident enough in their own service to go on the record online about what they do to protect guests. Asking hosts to be transparent about their listing is great, but I’d like to se AirBNB stand by their own business practices as well.

In the end, I think my experience illustrates some serious flaws in AirBNB’s business model. The concept of a community marketplace for rentals seems like a good idea at first, but with no real protection for hosts or guests, and with both sides having such a low tolerance for pain, I’m not sure the business has long term viability.

These are interesting questions. Is AirBNB’s business model flawed? Did the company’s execs owe Schwartzman an answer on the record? And should I get involved, and ask AirBNB to comment on this case and to clarify its policies?