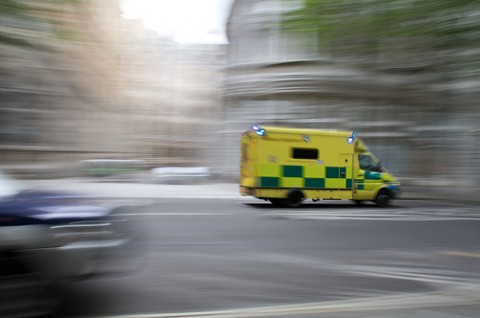 Erica Lara and her boyfriend, Patrick, checked into the Hilton Key Largo Grande Resort & Beach Club last Saturday for a wedding, but they didn’t stay long.

Patrick suffered an unfortunate, and extremely painful mishap, and was sent to the hospital. Details on his condition in a moment (warning: if you are in any way squeamish, click away now). The couple want their money back because they didn’t get to use the room.

Here’s what happened, according to Lara. (Last warning, folks.)

They arrived in their room just before 5 p.m. Patrick was the best man for a friend’s wedding. He took a shower while Lara and her three-year-old daughter walked around the property.

So Izabella and I ran to the hotel room and found Patrick distraught and holding his face moaning in pain. His jaw was dislocated and hanging open!

I said, “What happened?” He had yawned and his mouth popped and stayed locked open.

I called 911 and the paramedics came and advised us to immediately go to the E.R. We got in my car and rushed to Mariner’s Hospital, where they immediately partially sedated Patrick and began working on him.

They were not able to put his jaw back in place so they told me he must be transported to Baptist Hospital in Miami in order for them to fully sedate him and try his jaw again.

Lara returned to the hotel and explained that they wouldn’t be staying for the night.

He charged me $167, which was the original rate, and didn’t even say, “I hope he gets better.”

They transported Patrick in an ambulance back to Miami and I followed in my car. Patrick ended up having to have surgery on his jaw on Sunday by a specialist.

I called the hotel on Monday and spoke with the manager and explained the story to him. He said, “Oh yeah, I know, I had to deal with the paramedics in the lobby.”

In the end he told me he is sorry but there is nothing he can do except for give us a 25 percent discount on our next visit. I explained to him that we didn’t even get to use the room. We didn’t eat or sleep there. We checked out, due to an obvious emergency, which the manager apparently knew about, just four hours after we checked in.

I feel taken advantage. I hope you can help.

I suggested she send a brief, polite email to the hotel, asking it to reconsider. Negative. Here’s the reply from the guest service manager:

As we spoke about on Monday, I will not be able to refund the night in question. You were here on a sold out night, and did, in fact, use the room for several hours. Since the housekeeping department had left for the day by the time of your departure, I will be charging for the room night.

I will still honor my offer to give you a discounted rate on a future stay.

I’m conflicted. Under Hilton’s cancellation policy, she almost certainly wouldn’t have been able to get a refund. Then again, it’s the hospitality industry, and I believe an argument could be made that Hilton ought to be more accommodating in a situation like this.

What do you think? Should I mediate this one? 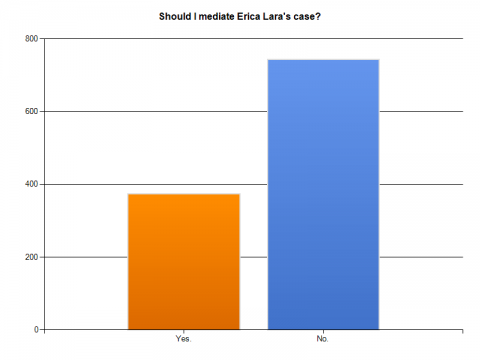 PS: Some of the commenters seem genuinely angry that I would even write about this case. It isn’t my intention to upset anyone. If you’d rather I end this feature, and only write about cases that deserve mediation, I would be happy to do that.