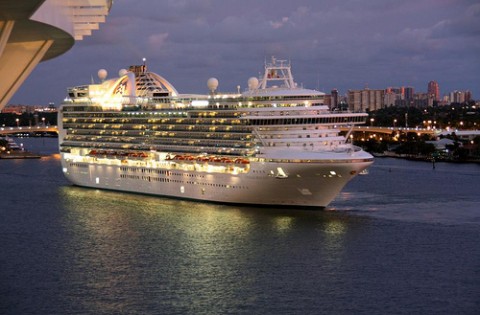 Like a lot of other travelers, Tom Brollini was just looking for a bargain when he clicked on the Cruises Only website a few weeks ago.

And he thought he’d found one. The site offered several booking bonuses, including a one-category cabin upgrade.

“When I clicked on the price category, a popup said, “Book a category 8A cabin and get an 8K upgrade,” he remembers. ” When I proceeded to book the cabin, guess what? No upgrade.”

Brollini’s case isn’t that unusual. I receive regular complaints about expired online deals, whether it’s a fare that’s no longer available or an expired deal that a travel agency forgot to remove from its website. Most of the time, a polite email or call to the company can fix the problem. But not this time.

“I called Cruises Only, and after much searching, the representative said, “Yes, I see it, but you have to pay a higher rate to get the upgrade,” he says. “After I pointed out to her and repeatedly explained that there were no stipulations anywhere saying these upgrades were only for a higher fare, she said basically, too bad, so sad! She only worked there and that was what it took to get those upgrades.”

I contacted Cruises Only to get its side of the story. The first person I heard back from was Brollini. He had received a call from an operations coordinator, and they’d talked for close to an hour.

We spent the whole time saying the same thing, over and over.

She did show me that on subsequent pages where it did show that the “special” was canceled.

I said that they need to remove that pop up when the “special” is over. She said their system was not set up to remove it, at least for some unspecified time frame.

I said any good programmer could fix that pretty quick. She said, “not her job.”

Brollini now believes Cruises Only isn’t pulling a bait and switch. But he wishes they’d fix the pop-up, because the price of his cruise has gone up in the meantime.

Cruises Only’s perspective was slightly different. In a follow-up email, it described the phone call in this way:

A senior customer care agent contacted Mr. Brollini. They reviewed our website together, and it was explained that the site is set up with the intention of providing a client with the lowest rate applicable to the particular cruise they may be interested in, and that an already-discounted rate may not always be combinable with all promotions.

We also clarified that the rates, promotions and availability are determined by the cruise line, and advised that we cannot determine which promotions may be available until a particular rate code has been selected. Also, similar to websites of many other companies, our website advises that promotions are always based on availability.

Mr. Brollini said he understood and he did not feel we were being deceptive, but he still expressed concern about promotions that appear on the website before the cruise particulars have been selected.

We appreciate Mr. Brollini’s suggestions and our I.T. Department believes his input can be used to implement improvements.

Both accounts agree on one thing: The deal Brollini thought he would get isn’t there anymore.

So now what? Should I go back to Cruises Only and ask them to honor the rate Brollini though it had made? Or is this one of those times when a DIY traveler just wasn’t quick enough on the draw?