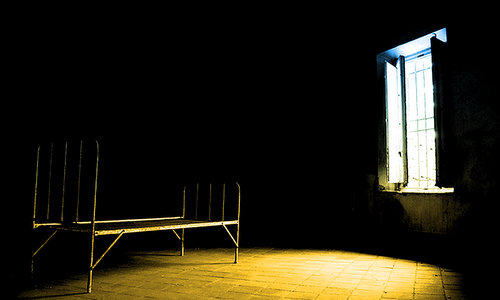 Fred and Connie Claussen’s honeymoon cruise on Royal Caribbean’s Serenade of the Seas ended on a tragic note. During the voyage, Fred suffered a massive heart attack. The Serenade’s medical staff treated him and then diverted the ship to St. Kitts, where he was transferred to a hospital.

The Claussens are no strangers to tragedy. Fred lost his wife of 51 years to cancer, and Connie’s husband of 48 years died of heart failure. The retired couple, who live in Macon, Ill., met and married last year but postponed their honeymoon until February.

What’s different about this latest calamity — which ended their vacation and will most likely shorten Fred’s life — is that it may have been entirely preventable.

The ship’s decision to drop the Claussens off in St. Kitts proved to be a bad one, according to Connie. Conditions at Joseph Nathaniel France General Hospital were “nothing short of deplorable,” she says. The floors were covered with dried blood and vomit, and the emergency room frequently ran out of supplies. On several occasions, Connie had to take a cab to a pharmacy to buy medication for her ailing spouse.

“Absolutely nothing was done to improve Fred’s condition while we were in St. Kitts,” she says. “The doctor would come in and look at him once a day. She would not communicate with Fred’s doctors in the States.”

Fred languished in the hospital for five days without being given a stent, which aggravated his condition and permanently damaged his heart, Connie says. And then came the final insult: The hospital demanded $1,100 for its services before it would release him to an air ambulance that transported him to an American hospital — a payment that Connie calls a “bribe.”

Patrick Martin, the chief medical officer for the Federation of St. Kitts and Nevis health ministry, says that Claussen’s allegations are under investigation as a result of my inquiry. He notes that the hospital in question has received emergency referrals from cruise ships for many years, and he says that the goal of such hospitalizations is to provide “the best available medical care locally in order to stabilize such persons and subsequently ensure their successful airlift to their next destination.”

Royal Caribbean reviewed the Claussens’ situation and says it handled it by the book. But at least one expert says that the book is wrong: If cruise lines really cared about their passengers, they’d keep them far away from any hospital near a Caribbean port of call.

“There are many horror stories like this,” says Jim Walker, a maritime attorney based in Miami who represents passengers who he says are “dumped” in the Caribbean. “The typical complaints we hear are watches, jewelry and cash being stolen by hospital personnel; unsanitary conditions; windows with no screens; flies everywhere; and nurses cleaning the toilets and then changing their IV lines. Hospitals max patients’ credit cards out. And they’re held hostage until all bills are paid.”

Walker says that cruise lines have no legal duty to an injured or ill passenger, and that they are working hard to keep it that way. “Cruise lines have spent millions of dollars lobbying against efforts to change the law,” he says.

A Royal Caribbean representative denies that the couple was “dumped” in St. Kitts, saying that the Claussens were taken to Joseph Nathaniel France because it was the closest reliable medical facility.

“The health and safety of our guests is always our foremost concern,” says Cynthia Martinez, a cruise line spokeswoman. “The guest was taken to a hospital in St. Kitts so that they could receive lifesaving medical care as soon as possible.”

I asked Royal Caribbean about its policy on dropping off passengers and whether the Claussens could have done anything differently. It declined to answer. Walker says that cruise lines keep their policies on emergency care confidential.

Patrick Deroose, a general manager for assistance operations at International SOS, a company that offers medical evacuation services, says that the Claussens’ situation is not unusual and that the cruise industry’s policies, though not disclosed, are common knowledge.

“It is usual practice for a ship to offload a passenger with medical conditions to the nearest island hospital,” he says. “But that choice is not always the best for the passenger.”

How do you avoid a similar problem? Deroose says that you need to do your homework before you leave on a trip. If you bought travel insurance, read the fine print to make sure that medical evacuation is covered, and pay close attention to information about preexisting medical problems. If you have a condition that could flare up while you’re away, you might need a different policy or a separate medical evacuation plan, the kind offered by International SOS, Medjet Assist and other companies.

Claussen says that it’s too late for her and her husband. His heart is damaged beyond repair, to the point where he can’t even answer a reporter’s questions about his ill-fated honeymoon. His doctor blames the hospital in St. Kitts, according to Connie. Now, she says she wants to warn others.

“If the cruise line and insurance company looked into these hospitals and the kind of care available there, hopefully they could prevent this from happening to someone else,” she says.