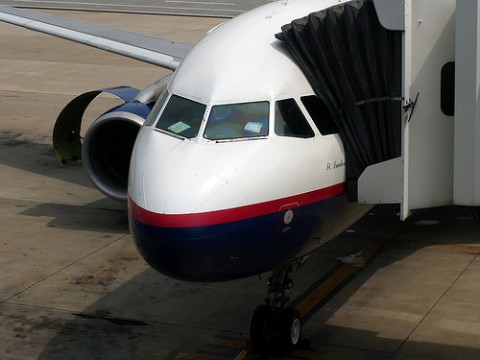 When Betty Lees booked a flight from Philadelphia to Cancun, Mexico, recently, her confirmation contained an odd relic from the past: a request for a “non-smoking” seat.

It also contained a nasty whiff of the future — a $9 charge for the seat.

“Very curious,” she told me. “Since you can’t smoke on the plane, why is there a fee for a non-smoking seat?”

I couldn’t believe any airline would sell “non-smoking” seats, since the Transportation Department banned smoking on flights decades ago. (It first limited passengers from lighting up on April 23, 1988, when it banned smoking on U.S. airline flights of less than two hours.)

I tried to contact USA3000 for an answer. No response.

Here’s what might be going on: All seats on USA3000s flights are non-smoking, so passengers like Lees can breathe easy. Like other misguided discount carriers, USA3000 charges passengers extra for seat reservations — according to its Web site, however, that is $7 per seat.

What does USA3000 charge $9 for? According to its site, it used to charge $9 per bag for domestic checked luggage. It now charges $15.

Maybe the airline upped its prices and forgot to update its site. Maybe the reference to “non-smoking” was just a relic from a legacy reservations system. Maybe no one really knows.

But one thing is certain: Lees must pay the $9 if she wants her seat. Plus all of the other silly little extras that airlines like USA3000 throw her way.

That’s the price you pay to fly today.