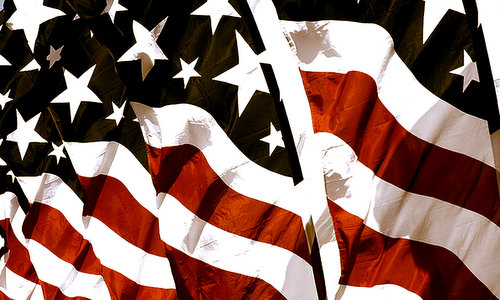 Nick Pilolla thought he’d made a reservation at the Renaissance Aruba Beach Resort & Casino through Otel.com, a European travel website.

The all-inclusive rate for four rooms came to $5,361 — not a bad deal for five nights in the islands. But then Otel.com sent him an email saying it couldn’t honor the rate.

“There are a number of resorts/hotels that have different rates and conditions according to the guest’s nationality,” Otel.com explained in a note. “In some cases the rates on our website at these particular resorts/hotels will not be applicable for the US market.”

Otel.com agreed to lower the fee to $500 as a gesture of goodwill. But Pillola is incredulous.

Hotels, envious of the fees that airlines are collecting ($22 billion worldwide last year) are getting creative — maybe a little bit too creative — when it comes to their surcharges. They’re projected to earn nearly $2 billion in the United States this year, nearly quadruple the $550 million they raked in a decade ago.

I asked an Otel.com representative to clarify the $500 fee, but did not hear back from her. It’s possible that Pilolla was quoted a rate that wasn’t all-inclusive, and that this was a simple rate error.

I want to believe that’s the case. If it isn’t, and the hotel or the online travel agency is just adding a surcharge because of someone’s nationality — well, that would be a pure money grab.

The topic of fees, absurd and otherwise, is on the hotel industry’s mind these days. I refer to a recent write-up on an industry website, which suggested these extras are a key contributor to many properties’ profits.

The article cited the example of The Clarendon Hotel in Phoenix that introduced a $25 per night “hotel service fee” during the last recession — since then reduced to $17 a night — that covers everything from the use of the its exercise facilities to daily newspaper delivery.

The fee is mandatory.

“It’s OK to charge fees as long as you’re always giving the guest value that’s perceived to be higher than the fee,” the Clarendon Hotel’s general manager and owner, Ben Bethel, told the site.

He also claimed that transparency — which is hotel-speak for telling people about the required fee — was important.

The report framed the hotel’s “service” fee as a success story. More than 20 percent of total room revenue at The Clarendon during the past 12 months is attributable directly to the fee, it noted.

Perhaps they should have looked for a different example. Because in the story comments, a well-known hotel technology consultant did a little due diligence and found the Clarendon’s rhetoric didn’t really match the reality.

“It is disingenuous to call this form of resort fee disclosure transparent,” he wrote. He noted that there was no disclosure of the fee from the room selection page. In addition, the rate page is misleading, he said.

“Most consumers would reasonably conclude that the hotel service fee is simply referring to the hotel room rate, not an additional resort fee,” he noted.

What does all of this have to do with you?

Well, turns out the conventional wisdom — that airlines are out to getcha with extra fees — is only half true. Hotels are also licking their chops at that ancillary revenue, and, given a chance, they will help themselves to more of your money.

Nothing wrong with that, of course. But the key is knowing to expect the surcharges and adequate disclosure from the hotel. And since hotels aren’t federally regulated, and can’t be forced to reveal all of their ancillary fees the same way that airlines might, the burden is on you, dear hotel guest, to do your homework.

If you don’t, we could end up living in a world where we pay an extra $500 fee for being American.

Although Otel.com wouldn’t respond to my inquiries about its “Yankees pay more” surcharge, it did contact Pillola.

“They have sent me notice that they are asking the Aruba hotel for an explanation on the extra fee imposed on American passport holders,” he told me. “This all sounds like allot of [expletive], but if it saves face for them and they refund my money — then it works for me.”