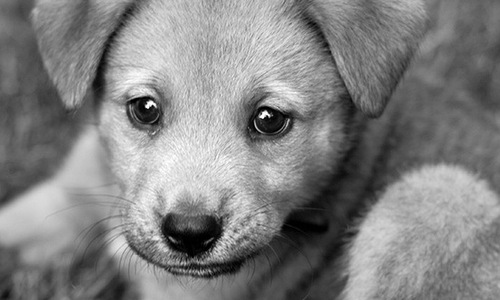 Question: My husband and I were scheduled to take a Spirit Airlines flight from Fort Lauderdale, Fla., to San Jose, Costa Rica. The afternoon before my flight, my dog chewed a corner off the front page of my husband’s passport and we were concerned about having proper documentation.

We arrived at the airport almost three hours early in order to have enough time to ask a ticket agent. He seemed seasoned and professional, and he assured us that there would be no problem with the passport, as the number could still be manually inputted.

We asked him to make sure with the proper authorities, as we did not want to have a problem once we arrived in Costa Rica or returning from Costa Rica. We were prepared to change the flight until Monday, after we could have replaced the passport on an emergency basis, if there was any threat of an issue. The ticket agent assured us that there would be “absolutely no reason for concern.”

When we arrived in San Jose at about 2:30 a.m. we were denied admission by Costa Rican immigration and told to return. The immigration officer told us that the airline should have never boarded us. We were back in Fort Lauderdale by 5 a.m.

I called and wrote to Spirit asking for a voucher for a return trip, as I feel they were responsible under the circumstances. Had their agent not assured us, we would not have boarded the flight.

Now we have no tickets and we wasted a lot of time and money. Spirit has declined our request stating that proper documentation is our responsibility. That may be true, but they also have a responsibility to board only those passengers that are properly documented. In our case, a Spirit representative gave us assurances that were just simply wrong.

I don’t think my request for a voucher that would allow us to make the trip to Costa Rica to be unreasonable. What do you think? — Olga Parra, Boca Raton, Fla.

Answer: The dog ate your passport? Seriously? That’s a new one. Maybe he didn’t want you to go on vacation.

I think you’re right. If Spirit assured you that your passport was acceptable and allowed you to board, it bears some responsibility for your denied entry. Its response about paperwork requirements, while true, conveniently omits that fact.

A quick look at the State Department’s website will reveal the information you need. On Costa Rica’s page there’s a clear warning that, “Passports should be in good condition; Costa Rican Immigration may deny entry if the passport is damaged in any way.”

Had either you or the Spirit representative done a little research beforehand, this could have been avoided.

I wouldn’t take an airline employee’s word for it unless you’re talking about airline policy. The Spirit ticket agent you spoke with may have seemed experienced and his words may have sounded assuring, but he didn’t represent Costa Rica.

As it turns out, he had relied on inaccurate information from another website when he gave you the assurances that you could enter Costa Rica with a damaged passport. It wasn’t an official source, so Spirit bears at least some of the responsibility for allowing you to board its flight without proper documentation.

I contacted the airline on your behalf. It apologized to you and said it would implement a new policy “for the benefit of other travelers” when it comes to documentation requirements. Spirit issued two flight vouchers to make up for the trouble.