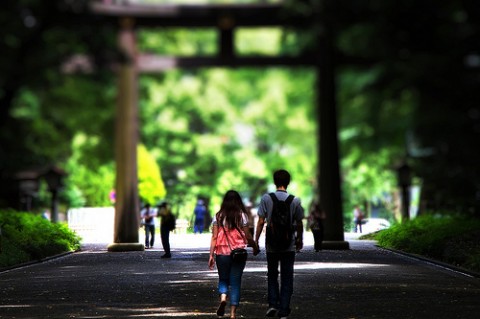 Question: A couple of weeks ago, my family and I took a trip to Hilton Head Island. We booked a rental car with Enterprise and the fine print in the contract said there would be an additional charge of $5 a day for “each additional authorized driver other than a spouse or domestic partner.”

I checked this language specifically, because my partner and I are partners, not spouses. We live in Canada (though we’re US citizens) and are “common-law spouses” (a domestic partnership category) under Canadian law.

When we arrived to pick up the car at the Savannah, Ga., airport, we were told we had to pay the extra fee because we were not married. Unfortunately, I didn’t have the document with the above language printed out, so I had to choose between signing the paperwork at the counter or finding a car from another agency.

Naturally, I chose to sign the paperwork; I had already waited in line for nearly half an hour, and I would almost certainly have had to pay a substantially higher rate as a last-minute walk-up at another agency.

When we got to Hilton Head, I looked up the information in my email, called Enterprise’s customer service line, and explained the situation. The gentleman with whom I spoke initially told me that “of course” we wouldn’t have to pay the extra fee if we were domestic partners. He then put me on hold to call the Savannah airport counter.

He agreed with me that we should not have to pay the fee, in his opinion, but said there was nothing he could do because that was company policy. He suggested that I register a formal complaint; I did so, but no one has gotten back to me. — Stacey Koprince, Montreal

Answer: If your contract promised domestic partners didn’t have to pay a fee for an additional driver, then Enterprise shouldn’t have charged you an extra $5 a day.

The extra-driver fee is, in my opinion, nothing more than a money grab. It doesn’t make any sense, either. By Enterprise’s logic, a married couple or a same-sex couple is less of a risk to a rental car than an opposite-sex couple, or just two friends. I haven’t seen any evidence that married couples are any less likely to total a car than unmarried couples.

Enterprise is hardly the only car rental company to charge extra-driver fees. But what makes its charges so troubling is the discriminatory nature of the fees. It won’t charge married couples, or gay couples, but it will charge straight couples? Come on.

If Enterprise wants to charge an extra $5 per driver, it should do it for everyone.

Next time you’re in a situation like this, don’t accept the rental. I don’t care if you had to spend half an hour in line. Ask to speak with a manager, and if that doesn’t work, call the Enterprise reservation number from the counter. Don’t make a scene, but don’t back down, either.

Once you sign on the dotted line, your options are limited. You’ve already agreed to the price, even if Enterprise is wrong. Getting it to reverse course won’t be easy.

But it’s not impossible. I contacted Enterprise on your behalf, and it refunded the extra-driver fee.