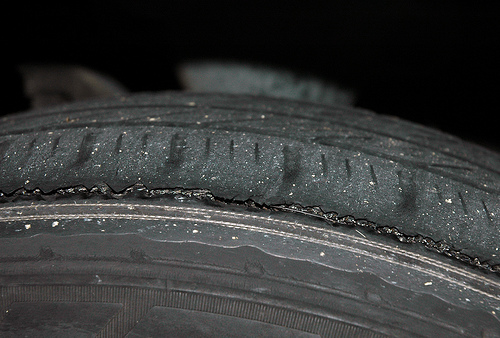 Question: We recently rented a car through Hertz in Scotland. When we returned the vehicle, we asked a representative if he wanted to inspect it. He declined.

To our surprise, we later found a $250 charge on our American Express for a damaged tire. But that didn’t make sense. If it had been damaged we wouldn’t have been able to drive the car back to the airport.

We disputed the charges, and American Express sided with us, noting that Hertz had not sent enough information as requested to validate their claim.

We thought all was said and done. But now we have received two letters from Hertz claiming that they are starting legal proceedings against us.

I called Hertz and they claimed they did not receive anything from American Express regarding the dispute. Our credit is perfect and I am very, very worried about this. Do we just need to pay and move on down the road? — Tracey Brown Osborne, Dallas

Answer: The lawsuit threat is probably a bluff. I’ve talked to enough car rental claims specialists to know that in all likelihood, the letter from Hertz was a form response to losing its dispute with American Express.

If push had come to shove, I don’t think Hertz would have sued you. Still, it’s worth taking the car rental company’s claim seriously. Not just because it might have turned the claim over to a collections agency, possibly hurting your credit scores, but also because I’m sure that if you had damaged the tire, you would have wanted to pay for it.

When you return a rental car, you don’t ask if someone wants to inspect it. You wait until an employee walks around, checks the odometer, and hands you a bill. If there’s a question — and this is particularly true if there’s pre-existing damage like a ding or dent — you go back to the original contract and ask the representative to sign off on it, making sure there’s a notation that you aren’t responsible for the damage.

Disputing a credit card bill shouldn’t be your first response to a surprise bill. Instead, contact the car rental company and ask for the documentation that shows you damaged the tire. A time-stamped photo of the shredded wheel and a repair receipt would have been sufficient.

Based on your account, Hertz didn’t provide you with any substantive evidence, nor did the company respond to American Express when it asked for the proof. When a travel company loses a dispute, it kicks out a “we’re gonna sue you” letter automatically (I’ve seen it time and again). So don’t feel like you’re being singled out.

As far as I can tell, you skipped a few steps along the way to resolving this issue. So did Hertz.

I contacted Hertz on your behalf. A representative insisted that your damage claim was handled “in line with our standard procedures.” It furnished you with additional documents but agreed to cut the amount of your claim in half, to $125.