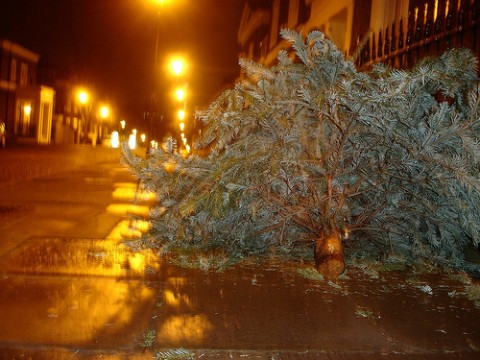 Everything you’ve heard about Dead Week may be dead wrong.

Dead Week, for those of you who aren’t dyed-in-the-wool bargain hunters, takes place the first week of every year. After the New Year’s holiday, travel falls off the map, figuratively speaking, as occupancy rates and prices plunge to their lowest levels in months.

So why ignore the conventional wisdom and stay home during the first week of the year?

I mean, check out these numbers: During the first week of 2009, roughly two out of every three hotel rooms in Boston, Chicago and Detroit were unoccupied, according to Smith Travel Research. (Washington enjoyed a slightly more respectable 42 percent occupancy rate.) The average price paid for a hotel room during the week slipped 7 percent, to $98 a night, compared with the period a year earlier. Rates are still falling.

Airlines didn’t fare much better. About 28 percent of all seats flew empty during the month of January, according to the Bureau of Transportation Statistics. Although numbers aren’t available for Dead Week, a review of some of the fare sales from last January shows there were bargains to be had. This year, the average domestic fare paid during the week was $343, but the average fare paid for the first week of 2010 has slipped to $307, according to online agency Travelocity.

There’s a reason for this proliferation of deals, of course: No one wants to travel.

But you knew that. The way most would-be vacationers see it, they’ve just spent the last two weeks working half-days or not at all. The kids were off, too. And now everything is going back to normal. Hardly a time to leave again.

Freitag says that there are notable exceptions. Double-income, no-kids couples who like to ski, for instance, should consider planning a vacation during the first week of the year. The snow is perfect and the slopes are all yours.

But that business about Dead Week being the best time of the year to take a vacation? Perhaps not the best advice.

I asked readers to share their favorite traveling-during-Dead-Week stories with me. Here’s one that illustrates a pitfall of taking off at that time of year. Last January, David Costner drove to Williamsburg for a wedding. He checked into a chain hotel with his family and quickly realized they were pretty much alone.

“The entire place was empty,” says Costner, a product specialist who lives in Cape Coral, Fla. They eventually learned that two other guests were staying at the property. Sure, his family got a nicer room and individual attention from the hotel staff. What were they going to do, ignore them?

In fact, they were lucky. That’s precisely what some hotels do during very slow periods. Some of the resort’s staff is sent home, the restaurant is closed for “renovations” and calls to the front desk by the few remaining guests go unanswered. That’s no way to vacation.

There’s another consideration when mulling a contrarian getaway during the first week of 2010. Unless you don’t like being around people, it won’t be much of a vacation. Vacations are by their very nature social events — a time to make new friends and reconnect with old ones. If you take people out of the equation, you remove most of the fun.

Actually, Dead Week isn’t the only dead week. The week after Thanksgiving and the one after spring break tend to be exceptionally quiet. When I lived in the Florida Keys, many businesses shut down the week after Labor Day, including my favorite restaurant, which made it an awful time to visit the area.

I’ve also promised my friends in the Florida tourism industry that I would not mention the dreaded H-word when talking about the best time to visit South Florida. But the point is, there could be another reason a destination is slow — such as, hypothetically, it’s the peak of hurricane season, which means your odds of getting washed out are far higher, bargains aside. (Sorry, I couldn’t help myself.)

And so I find myself offering this bit of unconventional advice: Follow the crowd. Be a sheep. There’s a reason everyone vacations when they do.

And unless you ski, leave Dead Week to someone else.