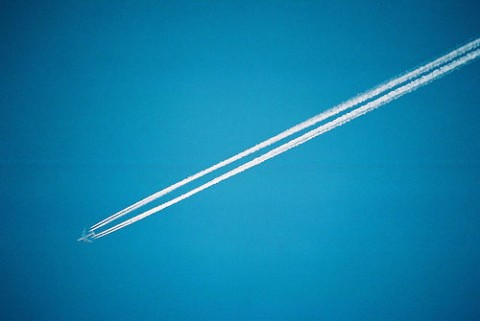 Rochelle Peachey is no stranger to high taxes and fees on airline tickets. A frequent flier between Miami and London, she routinely sees government charges that double the price of her ticket.

Not when she flies domestically, though. Here, taxes add about 20 percent to the cost of a fare.

But all that might be about to change. The Obama administration’s deficit-reduction plan includes a new mandatory $100 surcharge per flight for air traffic control services, which airlines would pay directly to the Federal Aviation Administration. The fee, however, would almost certainly be passed along to customers. The plan also raises the passenger security tax from $2.50 to $5 per non-stop flight, and eventually to $7.50.

“It’s crazy,” says Peachey, who runs a dating Web site based in Miami. “If taxes go up even more, they’ll kill the dream for many people, especially for a family that wants to travel.”

She’s not the only one angered by this part of the government’s deficit-reduction plan. A recent letter to the speaker of the House, the Senate majority leader and the co-chairmen of the Joint Select Committee on Deficit Reduction signed by 116 members of Congress expresses “strong opposition” to the proposal. “Imposing a new fee on the aviation industry in order to raise revenue would have a devastating impact on the aviation industry and fails to achieve our shared goal of improving the economy and creating jobs,” it notes.

The airline industry is unhappy, too. To put it mildly. In a campaign that includes newspaper ads and a Web site, it’s trying to prevent the proposal from taking off.

“Aviation is already taxed at a higher rate than alcohol, beer, cigarettes and firearms — products taxed at high rates to discourage use,” says Steve Lott, a spokesman for the Air Transport Association, an industry trade group. “In short, the administration is proposing a huge new tax on the least profitable and most highly taxed industry in the economy, while all its competitors are left untouched.”

But no one will be hit harder than passengers, experts say.

“The airline industry will figure out some way to pass this tax along to the consumer,” says Thomas Cooke, a federal taxation expert at Georgetown University’s business school. “It’s incredibly unfair to air travelers.”

Why tax air travel? Because, Cooke says, passengers are “an easy target” with no organized voice in Washington, so officials believe that they’ll offer little resistance. And until now, that’s proved to be correct. Many of the self-styled passenger advocates have remained silent on this issue, and the reaction from air travelers has been largely one of resignation.

But that’s changing. Passengers such as Eric Smith, an aerospace technician from Gaithersburg, are “stunned” by the administration’s proposal. They’re most galled by the fact that most of the money would go to reduce the deficit, while the balance would fund something that passengers aren’t exactly clamoring for — a larger Transportation Security Administration. “Aren’t we already paying a 9/11 security fee?” asks Smith.

In fact, air travelers are paying more than their fair share in taxes, including a Sept. 11 fee of up to $10 per round-trip ticket, to fund the TSA, as well as a planeload of other taxes, including passenger ticket taxes, international departure taxes, a jet fuel tax, an aviation security infrastructure fee and an immigration user fee.

I wondered whether anything in the administration’s current budget-reduction proposal would benefit air travelers.

“There are zero benefits,” tax expert David Selig told me. “The only thing that gets raised are air travelers’ stress and frustration levels. Higher taxes provide travelers a stronger incentive to either stay home or find an alternative means of transportation, which ultimately costs airlines in the end.”

Maybe the only “benefit” — if you can call it that — is that this will fund the expansion of a dysfunctional federal agency that many air travelers believe should be disbanded. In fact, a citizen-initiated petition posted on the White House Web site, encouraging the administration to abolish the TSA, has already gathered more than 25,000 signatures.

The administration’s proposed tax is a shrewd move, say observers. Not only will few air travelers bother to lift a finger in opposition, but in the short term, it won’t reduce their numbers. At least that’s the assessment of Northeastern University finance professor Harlan Platt.

“I don’t think that many people will try to ship themselves through in their spouse’s luggage,” he told me. “But given the fact that airline passengers are being asked to pay for other government programs, such as the extension of the unemployment payments program or the building of a bridge to nowhere, this is a further example of an administration that thinks it should collect monies from millionaires and retired grandmothers alike.”

This proposal might make sense if it actually helped air travelers in a meaningful way (it doesn’t) or if you could make the argument that the airline industry is responsible for the current deficit (it isn’t).