Last week, when I suggested that consumers should sometimes apologize to a company, a few of you thought I had completely lost it.

You believed I’d gone soft or turned into a corporate shill — or both — for suggesting that sometimes you should apologize to a business.

So today, in the interest of fairness, I’ll look at the flip side: when companies should offer a no-questions-asked refund on a product, even though they aren’t required to.

A recent study by researchers at the University of Vermont and the University of Iowa found that retailers with restrictive exchange policies may be losing potential business, a finding that should find some traction among highly competitive businesses.
END_OF_DOCUMENT_TOKEN_TO_BE_REPLACED

It’s been an interesting few months for this site. Late last year we introduced a crew of volunteer moderators and a few simple rules of engagement.

But like everything else, both the rules and the roles played by the moderators evolved.

Today, I’m proposing to clarify some of the rules of engagement and to more clearly define what the moderators do.

Until now, we’ve had a very succinct comment policy and no real definition of moderator duties.
END_OF_DOCUMENT_TOKEN_TO_BE_REPLACED 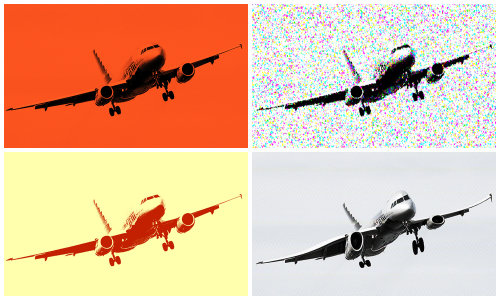 Ryan Ludtke’s family vacation in Fort Myers, Fla., ended on a bad note when they flew back to Chicago on Spirit Airlines.

Oh, I know what you’re thinking: Of course it did. He was flying on Spirit Airlines.

END_OF_DOCUMENT_TOKEN_TO_BE_REPLACED 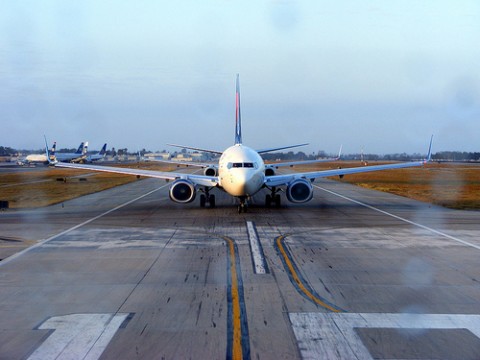 Just the mention of the words “baggage” and “rule” in the same sentence is enough to raise the blood pressure of the average air traveler.
END_OF_DOCUMENT_TOKEN_TO_BE_REPLACED 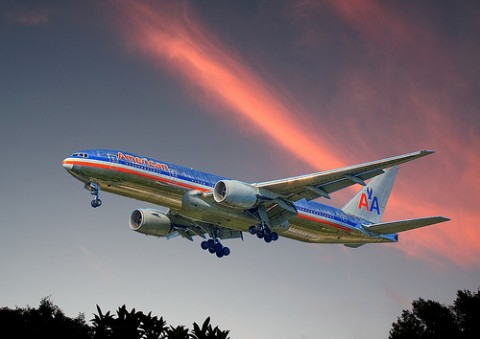 If airfares confuse you as much as they confuse me, then I have some good news: Several new rules are going to make it easier to calculate the total cost of a ticket.

Starting Jan. 26, a new U.S. Transportation Department rule will require airlines to include all taxes and fees in their advertised fares. Other provisions of the rule — banning post-purchase price increases and allowing passengers to hold certain reservations without payment or to cancel them without penalty for 24 hours after booking — will take effect Jan. 24.
END_OF_DOCUMENT_TOKEN_TO_BE_REPLACED 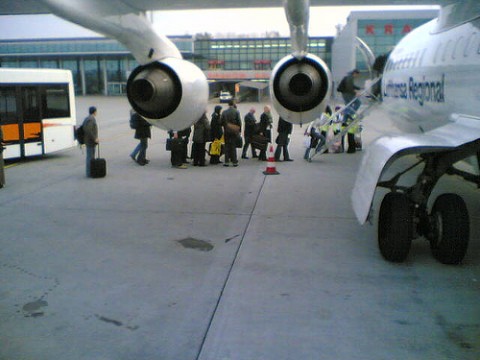 You don’t have to fly frequently to know the airline industry has some of the most ridiculous rules in the travel business. But if you fly enough, you may not have to follow all of them.

For example: Most passengers are herded through boarding areas in large, disorganized groups. Unless you’re an elite-level frequent flier; then you skip through a “breezeway” or over a red carpet, away from the long line, directly to your preferred seat. Frequent fliers also get to shortcut the lengthy security line at some airports, and they don’t have to pay many checked luggage fees and other surcharges.
END_OF_DOCUMENT_TOKEN_TO_BE_REPLACED 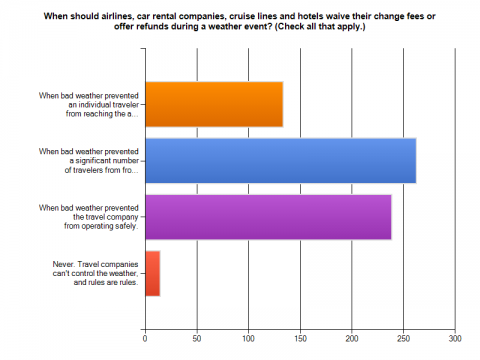 More often than they do.

More than one-third (35 percent) said the rules should be waived when bad weather prevents an individual traveler from reaching the airport, hotel or port. And only 3 percent said a weather-related exception should never be made.

Your comments reflected the responses on the survey. Reader Jim Johansen said rules should be bent on a case-by-case basis.
END_OF_DOCUMENT_TOKEN_TO_BE_REPLACED 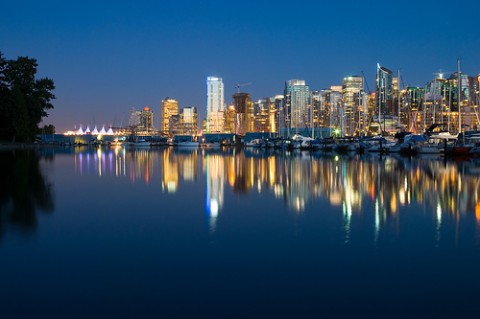 Rules are rules, but what happens when a travel company promises it will bend them? That’s the question Rebekah Conlon wants to answer. Her rental car, booked through Priceline, was non-refundable and non-changeable, and she knew it.

But just before she arrived in Toronto to pick up the car, she got a troubling call. “A family member had passed away,” she says. “We had to abruptly change our travel plans.”

I contacted Priceline within 10 minutes of when we were supposed to pick up the rental car and informed them of the death in the family. They said they would contact me with details about a refund.

Nice of Priceline to agree to bend the rules for her. But when Conlon followed up, Priceline backtracked.
END_OF_DOCUMENT_TOKEN_TO_BE_REPLACED

No wonder we’re so confused. The Transportation Security Administration is telling airlines one thing, and it’s telling us another.

“Passengers flying from international locations to U.S. destinations may notice additional security measures in place,” Department of Homeland Security Secretary Janet Napolitano said in a prepared statement yesterday. “These measures are designed to be unpredictable, so passengers should not expect to see the same thing everywhere. Due to the busy holiday travel season, both domestic and international travelers should allot extra time for check-in.”

Meanwhile, the TSA has been busy ordering airlines to take specific actions (Emergency Amendment EA 1546-09-01, which I can’t confirm or deny that I have received from several sources). The interpretation of this order is certain to inconvenience travelers. Airlines have already turned off their in-flight entertainment systems, forced passengers to remain in their seats an hour before landing, taken away pillows and blankets and limited the use of electronic devices and in-flight wireless Internet connections.

Worse, TSA hasn’t said a word about these directives to the flying public, despite repeated requests for comment.

It’s as if TSA is operating in a parallel universe: In one, everything is just fine; in another, it’s having a kneejerk reaction not unlike the kind the government had after 9/11, when it federalized airport screeners. Based on some of the comments I’m getting from air travelers, I’d say no one is happy with this duplicitous behavior.

Here’s what we know so far:
END_OF_DOCUMENT_TOKEN_TO_BE_REPLACED