When Ana Maria Roque’s yoga app stops working, she calls this advocate for help. But can the problems with this nonworking program be untangled? END_OF_DOCUMENT_TOKEN_TO_BE_REPLACED

Note: I’m featuring a video at the top of each post in which I’ll offer advice or commentary related to the story. Please let me know what you think, and sign up for my channel. You’ll get a preview of the next post.

TSA agents seem to have a thing for iPads.

Apple’s tablet computers are easy to swipe from unwitting airline passengers and can be sold quickly online, as I noted earlier this year.
END_OF_DOCUMENT_TOKEN_TO_BE_REPLACED

It happened again last week: A TSA agent was formally charged with swiping yet another iPad from a passenger. 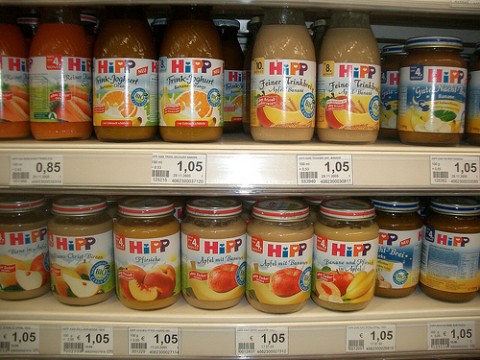 Betcha Steve Jobs never thought his iPad would help retrieve baby food from a TSA checkpoint. But these are strange times.

So here’s what happened to Jill Iseri when she flew out of Eugene, Ore., with her husband and baby last weekend. (You remember last weekend, don’t you?)

A TSA agent confiscated my 6 oz. jar of store-bought baby food which was unopened. They insisted on opening it to test for explosives.

I said they can’t do that, because it will cause it to spoil within the hour and my baby needed to eat it 2 1/2 hours later, while in the air.

I was told I could check it in luggage, but obviously that wouldn’t help.

I also had a 4 oz. jar of fruit that they didn’t test, saying “We let those slide.” They did test my baby’s sippy cup water.

All my pleading fell on deaf ears, I was told next time I could bring four jars, that way when they open two of them, I’d still have two jars to keep.