Richard Peterson decides to gift his wife with a surprise anniversary cruise to celebrate their 40th wedding anniversary.  Unfortunately, he books a Holland America Cuban Explorer cruise but fails to check the itinerary or the cancellation terms. So when his wife rejects this gift, he is in a bit of a bind. Can he get a refund? END_OF_DOCUMENT_TOKEN_TO_BE_REPLACED

When Holland America changes the port for a Chilean cruise, Robert Houston and his wife have to scramble to change their tickets. Should the cruise line help them, or are they on their own? END_OF_DOCUMENT_TOKEN_TO_BE_REPLACED

One of the cardinal rules of my consumer advocacy practice is to never get between a travel agent and a cruise passenger. Agents, and especially cruise specialists, tend to react defensively, take my interest in the problem personally, and the result is almost never a happy ending.

But when has a rule ever stopped me? Which is why I’m asking about Sally Radicali’s Holland America cruise to Tahiti.

From the beginning, things didn’t go as planned. Her home-based agent never sent her a receipt for the $3,500 deposit. And then, a few months ago, she tried to cancel her cruise because of a work-related issue.
END_OF_DOCUMENT_TOKEN_TO_BE_REPLACED

Elmer Purkey suspected there might be trouble with his birth certificate on his planned seven-day Eastern Caribbean cruise on Holland America’s Eurodam. He’d been born at a U.S. Army hospital in Landstuhl, Germany, to an American father and a German mother, which made him a natural born U.S. citizen.

But what would the cruise ship employees say when he showed them his birth certificate? So Purkey tried to find out. He contacted Holland America. He got its response in writing.
END_OF_DOCUMENT_TOKEN_TO_BE_REPLACED 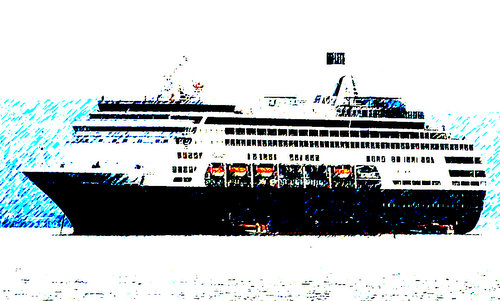 Robert Dockery’s eastern Caribbean cruise on Holland America’s M.S. Maasdam got off to a bad start when it was delayed in order to conduct a “supersanitization.” It came to an even worse conclusion when Dockery and his wife became “deathly ill” with a gastrointestinal virus and remained in their stateroom, subsisting off Jell-O and toast.
END_OF_DOCUMENT_TOKEN_TO_BE_REPLACED 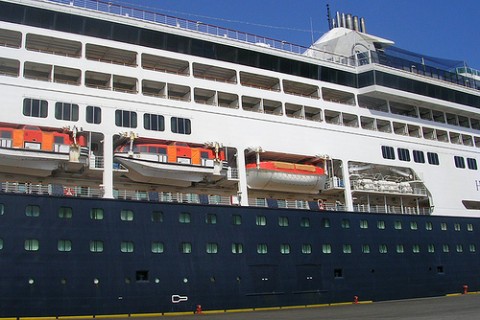 Jerry McClure and his wife were looking forward to a seven-day western Caribbean cruise on the Holland America Ryndam late last year, when disaster struck. McClure’s wife fell and broke her neck less than a month before they were scheduled to fly to Tampa to board the ship.

McClure believed Holland America would have a heart and allow the couple to reschedule their vacation without paying a penalty on his $1,154 fare. After all, he’d given the company nearly an entire month’s notice of his wife’s medical condition.

But the cruise line had other ideas. In a phone conversation with Holland America, a representative dropped some bad news on an even worse situation, informing McClure they’d have to pay a 75 percent cancellation penalty because they were already into the 28-day cancellation period.

How about a rain check? No, replied Holland America, this time in writing. The penalty was non-negotiable.

“I was extremely disappointed by that response,” says McClure. “Holland America’s mission is, ‘We not only do things right, we do the right things.’ The right thing would have been to at least give us a rain check on a future cruise. They’ve lost a customer.”

True, a 25 percent refund is laughable. But is it wrong?
END_OF_DOCUMENT_TOKEN_TO_BE_REPLACED 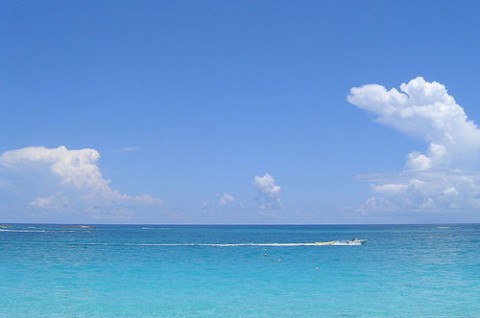 Cruise refunds. There, didn’t your blood pressure just go up? Mine sure did.

Cruise refunds can be an endless source of frustration for travelers like Jeff Grill’s in-law’s, who missed their Holland America ship in Venice, Italy, recently. They knew they were going to lose the value of their cruise. But their airfare? When Holland America pocked that, they were surprised.

Under Holland America’s cruise contract — the legal agreement between you and the the company — any airfare refund should have been passed along to the customer. Rule 4 says, “[If] the air transportation we arrange is unavailable or otherwise fails to materialize, our sole liability will be limited to refunding the air add-on paid or cruise only credit.”

But that didn’t happen.
END_OF_DOCUMENT_TOKEN_TO_BE_REPLACED