Lara Wallace arrived at the airport for her recent Frontier Airlines flight to find that her delayed flight had no anticipated time of departure. So she and her friend decided to leave the gate area and have dinner. But as they settled in for their meal, they were alerted that their flight was taking off without them.

Now Wallace wants our help to get Frontier Airlines to reimburse her for the cost of the new flight that she was forced to purchase and incidental expenses. But is she entitled to this compensation? END_OF_DOCUMENT_TOKEN_TO_BE_REPLACED 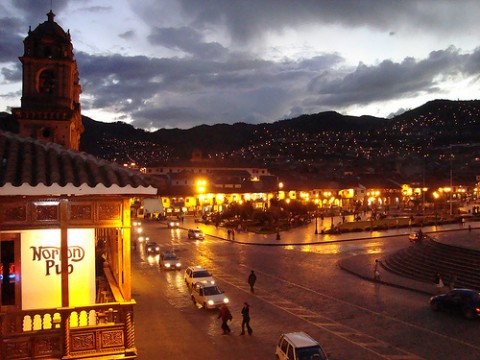 Departure taxes are the final “gotcha” when you’re flying. Just as you’re getting ready to board a flight back home someone asks you for money, and threatens to deny you boarding if you can’t cough up the cash.

Fortunately, most departure taxes are already built into the airfare. For example, when I visited St. Lucia in 1993, I was told that if I didn’t come up with the money, I couldn’t fly back to New York. I had to stop by an ATM and pay up. But last month when I flew from St. Lucia to Miami, the $26 departure tax was included in my airfare.

Eduardo Castresana wasn’t so lucky on his recent trip to Peru. The country’s departure tax — about $6 — should have been included in the TACA airfare he purchased through Orbitz. He says for some reason, it wasn’t.
END_OF_DOCUMENT_TOKEN_TO_BE_REPLACED