When Alaska Airlines canceled Nancy Hillis’ upcoming flight from San Francisco to Fort Lauderdale, Fla., she faced a familiar dilemma: take the new flight her airline offered or let Alaska Airlines refund her and fly on another carrier. END_OF_DOCUMENT_TOKEN_TO_BE_REPLACED Talk about a squeaker! I’m looking at the votes for our 2018 Readers’ Choice Awards so far, and it’s a close one.
END_OF_DOCUMENT_TOKEN_TO_BE_REPLACED

When Ellen Spertus receives a promotional code for a $150 companion ticket on Virgin America, she discovers that it’s unusable because of the airline’s blackout dates. When she tries again, she receives an error message, saying the code has been used. Now what? END_OF_DOCUMENT_TOKEN_TO_BE_REPLACED Change your mind when you’re traveling, and the consequences can be costly.
END_OF_DOCUMENT_TOKEN_TO_BE_REPLACED

It’s not every day that you hear from a real American hero like Chuck Yeager. Yes, the Chuck Yeager. It turns out he and his wife, Victoria, catch my syndicated column in The Sacramento Bee.

They contacted me after running into some trouble on two separate itineraries to Anchorage, and despite every effort to get things sorted out with Alaska Airlines, they couldn’t.

By the way, if you don’t know who Chuck Yeager is, look up the word “hero” in the dictionary. You see that guy? That’s Gen. Yeager.
END_OF_DOCUMENT_TOKEN_TO_BE_REPLACED

It was supposed to be a vacation of a lifetime for Jane Gray — a trip from Southwest England, where she lives, to Maui.

But it ended in disaster when Alaska Airlines damaged her wheelchair on a connecting flight between California and Hawaii. And even though Alaska repaired her wheelchair and offered a flight voucher and eventually, cash compensation, it’s not enough. She wants my help.
END_OF_DOCUMENT_TOKEN_TO_BE_REPLACED

If there’s a Twilight Zone of travel cases, then Rochelle Dean has surely discovered it. And although I’ve done my best to help her, it looks like her recent vacation is still stuck someone between “solved” and “unsolved.”
END_OF_DOCUMENT_TOKEN_TO_BE_REPLACED 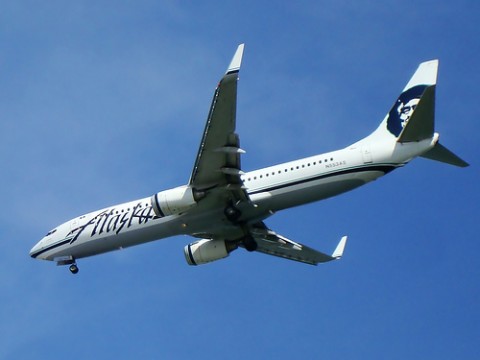 Nathan Segal was certain his Alaska Airlines flight from San Jose del Cabo to Victoria, B.C., Canada, didn’t make a stop. He’d double-checked the itinerary when he booked it. The email said it was a “direct” flight.

“It wasn’t until a few days later, when I went to upgrade my seat that I found out that my flight wasn’t direct after all, that it contained a stop in San Diego on the way to Seattle,” he says. “I was furious because I carefully checked the Alaska site to make sure that wasn’t the case.”

(For the record, there’s a difference between a “direct” and a “non-stop” flight. A direct flight is any flight between two points by an airline with no change in flight numbers, and it may include a stop. A non-stop flights is a direct flight without landing. Pretty tricky, huh?)
END_OF_DOCUMENT_TOKEN_TO_BE_REPLACED

Question: I was recently denied boarding on an Alaska Airlines flight from Boise, Idaho to Sacramento. I was unable to check in early online, making me one of the last to check in at the airport.

I had to cancel an appointment and was rerouted through Portland. What should have been a half-hour stopover turned into a half day, and I arrived in Sacramento late in the evening.

Alaska Airlines wrote me a check at the airport for 200 percent of the amount of the original one-way ticket as compensation for the major inconvenience. Nice, right?

Not really. I’ve just found out that Alaska Airlines stopped payment on the check. My bank is charging me $7 for depositing it, too.

Needless to say, I’m absolutely furious with Alaska Airlines. Overbooking is a horrible practice. I can’t support a company that allows me to purchase something they don’t have to give. Is there anything you can do to get Alaska Airlines to make good on its promise? — Ashley Cates, Boise, Idaho

Answer: Yes, overbooking is a horrible practice. And once Alaska Airlines cut you a check, it should have honored it.

But should it have paid you for the denied boarding in the first place? According to Alaska Airlines’ contract of carriage — the legal agreement between you and the carrier — the answer is “yes”. It says that if you’re bumped from a flight, you’re owed 200 percent of the sum of the value of your remaining flight coupon to your next stopover, to a maximum of $800, or half that if the airline can arrange comparable air transportation.
END_OF_DOCUMENT_TOKEN_TO_BE_REPLACED