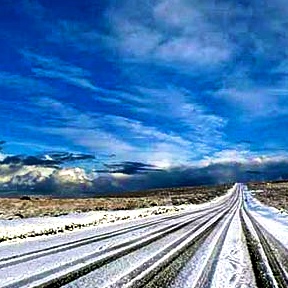 Question: Last fall I made a temporary international move from the USA to Santiago, Chile, using Allied Van Lines. When I was in the US, they gave me a quote for door-to-door service, which I paid in full.

Then, when I arrived in Chile, they told me that I had to pay an extra $1,195. At the time I complained because I had already payed for door-to-door service and all charges should have been included in the initial quote. But they gave me no satisfactory explanation and told me that if I did not pay I would not receive my belongings and, on top of that, they would begin charging me for storage of my belongings until I paid in full. So I felt I had no choice except to pay.

Afterwards, I filed BBB complaints against both Allied International and their local contractor in Maryland who handled the US side of the move, but neither complaint helped.

The subcontractor basically said that was the price of doing business with them and Allied Van Lines said it was Allegheny’s fault. Allied offered to pay USD $188 and I refused that offer because it was an insignificant part of the money that they unfairly charged me.

Now both of the BBB complaints are closed and I still have no refund. I also contacted the State of Maryland Consumer Protection Division, but they told me they couldn’t do anything because I had already filed BBB complaints and they generally don’t act on complaints that have already passed through BBB because they have basically the same process as BBB. They told me if I wanted to I could go to small claims court, but since I’m currently out of the country, I can’t do this – they could call me to court anytime and the plane ticket back home would be at least as much as the money they owe me.

The other thing that’s problematic is that Allied is a huge international company that’s divided into several international and local contractors and it seems easy for them to have one part of the company blame the other and nobody actually help me.

I’m now completely frustrated and feel taken advantage of with no idea what to do. — Melanie Freed, Santiago, Chile

Answer: The price you were quoted by Allied is the price you should have paid. No two ways about it.

You may be the victim of a moving scam. Here’s how it works: You’re asked to prepay for a move, but when you arrive at your destination, the company says your furniture was “overweight” and that you owe it more money. If you don’t fork over the money, it will keep your personal belongings and charge you for storage.

As the veteran of many moves, I have some personal experience in this area. First, there’s no worse feeling than being in a home without your furniture, so movers know they have you over a barrel. They literally have your life in the back of their truck. You feel terribly vulnerable.

My family’s personal belongings were once held hostage by a moving company after an overseas move. It was demanding extra money in “port fees” and refused to release our furniture until we paid up. My father balked. I’m not sure about the exact details of the negotiation, but knowing him, he probably told them to keep the container. The movers caved in quickly.

Unfortunately, that didn’t happen for you. In addition to contacting local authorities and the BBB, you might have appealed to someone at Allied. The company’s parent company, Sirva, lists the names of its executives on its site. Naming conventions at Sirva are [email protected]

It’s possible that the extra charges were legitimate, but I doubt it. When you move back to the States, I would check out the Transportation Department’s moving site, which lists some of the warning signs of an impending moving scam. Based on its list of red flags, I would say you probably were ripped off.

I made multiple attempts to contact Allied on your behalf over a six-month period but it didn’t respond. Since you’re in Chile, you’ve decided not to pursue a small-claims case against Allied and its subcontractor. Unfortunately, this one’s going into my “unsolved” case file.

I am writing in response to a recent article on your web site regarding Melanie Freed and her experience working with Allied on her move to South America.

As Vice President of Marketing for Allied’s parent company SIRVA, I’ve looked into the matter and wanted to shed light on additional details about the situation. We provided a quote for Ms. Freed’s move in July 2011 and, as is normal business practice in the international moving industry, the quote included descriptions of three standard exclusions – port charges, customs and deconsolidation fees. These are documented as exclusions in every quote we provide because of they are variable from country to country.

When the shipment was delivered to the destination, Ms. Freed was charged for the following expenses by Ward Van Lines, Allied’s long serving and trusted agent in Chile:

The first three charges were specifically listed as exclusions on the quote; the first two born out of international transportation fees that can’t be accurately quoted ahead of time (in our communication with Ms. Freed, she did not dispute the customs charges) and the third for deconsolidation (or breaking down a shipment). This fee was generated because Ms. Freed’s shipment of roughly 1,960 pounds was sent LCL (less than container load). LCL indicates that several shipments travel together in one container, and although this delivers financial benefits to the customer over a special container load, there is a charge by the port agent for removing and separating the shipments for correct delivery. This is a standard exclusion among all moving companies and is a variable because the number of LCLs in a container will determine the cost. No one was holding her shipment hostage; these fees were clearly described in the quote as exclusions. Our contractor partner, Allegheny Transfer, has indicated that they told Ms. Freed about this exclusion, although she disputes this. I should also point out that all of these charges were passed on at the actual cost by the service providers involved.

In reviewing the fourth charge listed above, we decided to offer to reimburse Ms. Freed for that fee since it wasn’t specifically listed as an exclusion. She refused that offer.

The explanations provided here are the same ones that we proactively provided to the Better Business Bureau on the two occasions we were contacted by them on this issue. Their decision was to close the complaints based on that information. We have not heard from Ms. Freed since the complaints were closed and she refused our offer to reimburse the $188, so we, too, considered the matter closed. That’s the reason we did not reply to your requests for comment, and we were frankly surprised to see the complaint reemerge in your posting.

Allied provided the quote for this move and we worked with a third party company (Allegheny) at Ms. Freed’s original location that handled the customer service. We apologize that the communication about exclusions may not have been ideal at that stage of the transaction, but it’s unfair to suggest that the charges were bogus or out of line with industry standards, or that Allied and SIRVA were uncommunicative, dishonest or the perpetuators of a “moving scam.” That just wasn’t the case.