So, we're scheduled to fly ORD to LHR, with one connection each way, departing July 21, returning August 13. Booked through Virgin Atlantic, with codeshares on Delta for three of the four legs. Yesterday I got this message from VA: "We are writing to let you know that there have been changes to your booking. Due to the current situation with COVID-19 we have significantly reduced our flying programme and need your help in getting you rebooked. Please be aware we have options to keep your ticket open which are subject to terms and conditions." And then they tell me to call. They have not automatically rebooked us on alternate flights. Does this count as a cancelation and entitle us to a refund? Or, if I call and they tell me there are flights available that are on different routes but that would get us there about three hours later than planned, does that mean we're out of luck and stuck with the voucher? Secondary question: if we end up stuck with a voucher, could we request to have it come from Delta, since I worry that VA won't be around by next year given their financial troubles? Thanks in advance!

If there are other flights they show that would be acceptable, call and ask if they can rebook you. All airlines are retooling their flights due to diminished travelers so you can expect this from any airline you booked tickets on long ago.

No that message does not indicate a cancellation - you need to speak to them and find out if the changes are considered substantial enough for a refund.

We don't have a magic wand to offer opinions on whether or not an airline will remain in business. US airlines are in better shape than international because they received funding from Congress.
Reactions: Barry Graham

Call to see what their alternative flight options are....if they are significant (no rule of thumb what that actually means) then you are due a refund.
Reactions: jsn55
R

Risa McDonell said:
They have not automatically rebooked us on alternate flights. Does this count as a cancelation and entitle us to a refund? Or, if I call and they tell me there are flights available that are on different routes but that would get us there about three hours later than planned, does that mean we're out of luck and stuck with the voucher? Secondary question: if we end up stuck with a voucher, could we request to have it come from Delta, since I worry that VA won't be around by next year given their financial troubles? Thanks
Click to expand...

I’ve had to call 6 airlines to date for cancellations on future travel this year so perhaps this will help:

You need to call as instructed and make sure they cancelled the trip.

In my experience, not once since the pandemic has a CSA on the phone ever volunteered alternate reservations. Most are simply too busy, too harried to do that now. They will if you ask. I have simply said that the change is unacceptable and I want a refund. On my last call to Delta, I said I didn’t want a 6 hour layover in Detroit having me arrive at my final airport after midnight when I was originally supposed to arrive at 7pm. I got a refund.

You can request that you’re only on Delta flights in Delta metal, and not a codeshare with VA, and they’ll only look for availability there. If you decide on a voucher, that is
Reactions: Patina and jsn55

The UK has now instituted a quarantine for passengers arriving on international flights. It is currently unknown how long this will be in effect. 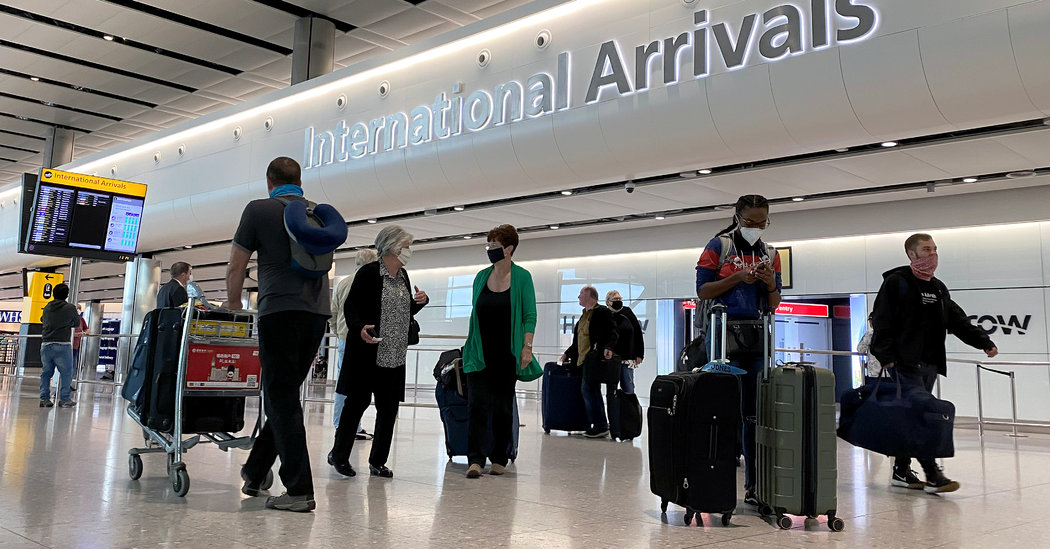 Just as Air Travel Is Picking Up, U.K. Imposes a Quarantine

The decision by Boris Johnson has enraged airlines, frustrated travelers and bemused public health experts, who wonder how it can be enforced. 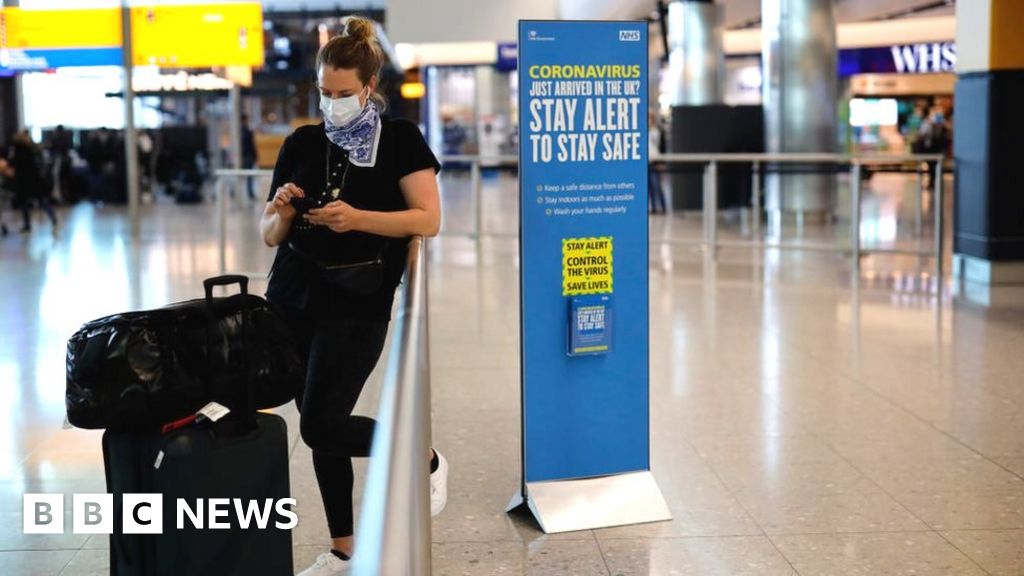 Who's exempt from the quarantine rules?

What do you need to know if you're planning to fly during the Covid-19 pandemic?

Different options and choices, depending on whether you want to make the trip or not.
R

Thanks, all. To clarify, 1. I do not want to make the trip, and I do not want vouchers. I've been playing the "wait to see if they cancel so I can get a refund" game, and am hoping this will count as a cancelation so I can get a refund. 2. I'm not asking anyone to speculate about VA's financial viability, I'm just wondering that IF I can't get a refund and thus have no choice but to settle for vouchers, if it's possible to get the vouchers from Delta instead of VA, since Delta owns something like 45% of VA, and three of the four trip legs are on Delta. I'll be calling them regardless, just wondered if anyone here had any insight before I call
Reactions: Skippy

If you don’t want to go, unless the flights are canceled by the airline or you have a cancel for any reason travel insurance policy, you won’t get a refund.

Refunds are only required if you booked directly, the airline cancels, and the flight either departs or returns to a US airport.

What you should do is call VA and tell them the new flights aren’t acceptable and ask if you can be refunded. If it is a significant change you might be able to ask for a cancellation and refund.
Reactions: Skippy

Risa McDonell said:
I'm just wondering that IF I can't get a refund and thus have no choice but to settle for vouchers, if it's possible to get the vouchers from Delta instead of VA, since Delta owns something like 45% of VA, and three of the four trip legs are on Delta.
Click to expand...

You booked with VA, therefore if you receive vouchers, the only type of vouchers you can receive is with VA.

When you call, be sure you are explicit -- and polite -- in not accepting the schedule change, not wanting a voucher, and requesting a refund.
I

Virgin announced that they will be flying from JFK beginning July 20th. So if the OPs original flights were ORD-JFK-LHR, with Delta handling the domestic legs, then there's a possibility her transatlantic leg has NOT been cancelled.

However, if the flight HAS been cancelled, and the OP wants a refund, she should be prepared for a very long wait: 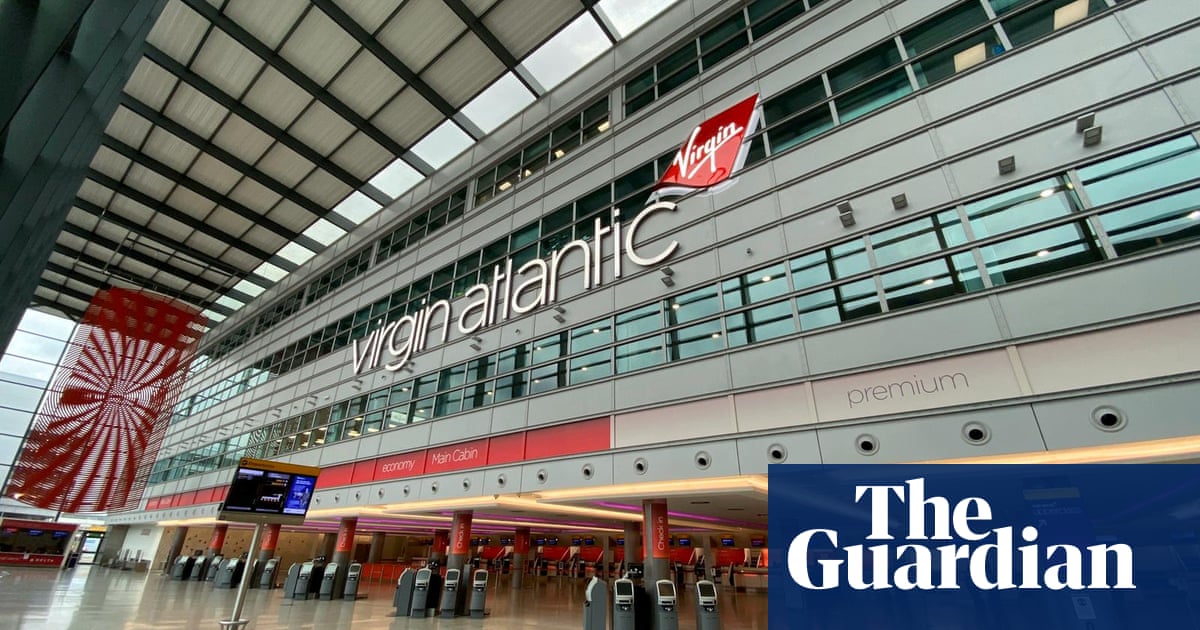 If she decides to pursue a refund, perhaps she should try texting Virgin via WhatsApp (+44 344 874 7747), so that everything is in writing for the inevitable credit card dispute. She could text them the details of her flight and ask if the flight has in fact been cancelled. When they eventually reply (which might take a week or so), they'll tell her if the flight was cancelled, If it was, then she can request a refund. When the refund doesn't arrive within a reasonable amount of time (45 days? 60 days?), she could initiate a credit card dispute and use the chat transcript to show that the flight was cancelled, a refund was promised, but was not received.

UPDATE: I called VA, told them I had received an email that "my flights had changed and please call them." The very lovely gentleman on the phone took a look at my reservation and told me that "the originating flight from Chicago to Detroit had changed, and now wouldn't get us there in time for the connection, and that's going to significantly change the flights overall so let's take a look." It sounded as though he was being careful not to say "canceled." But when I asked him to clarify that the originating leg had in fact been canceled he just said, "Yes, it's been canceled." And when I then told him that in that case I'd prefer a refund he immediately said, "No problem, absolutely." Other than having sat on hold for an hour before getting through (not uncommon these days), it couldn't have been easier and he couldn't have been more pleasant. He did warn me it'll take a long time, but as long as I have the confirmation of cancelation I can wait for a bit. Thanks for the input, all.
Reactions: Patina, krisseye, Pixie Pie and 3 others
I

Based on my recent experience with flights that Virgin cancelled, the OP should expect to wait 30-45 days for an email saying "This is to confirm that we have received your refund application... We are currently unable to advise a timeframe for completion."

From that point, she can expect to wait another 90-120 days before the refund actually arrives.
Reactions: jsn55

Yes, even in the best of times, Virgin is slow to refund. I fly them to London a couple of times annually and have for probably twelve years. They're my favorite airline ever. The one time I needed a refund, it took 4 or 5 months. Patience is required in these times, but Richard has pledged his private island as collateral and I no longer worry that they'll go out of business.
You must log in or register to reply here.
Share:
Facebook Twitter Reddit Pinterest Tumblr WhatsApp Email Link
Top Bottom