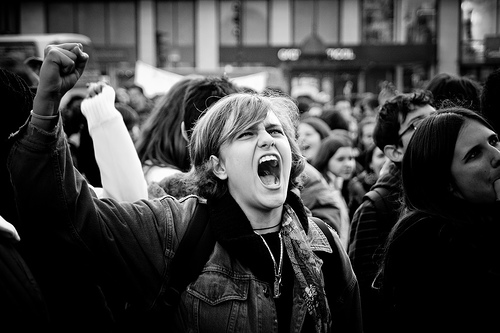 I’m on record as supporting a Passengers Bill of Rights. But today I’m changing my vote.

I don’t want a Bill of Rights — in particular, I don’t back a proposed provision in the FAA Reauthorization Bill that would force airlines to return to the gate after a three-hour wait.

It’s not because everyone else in the world seems to be lining up behind the popular turn-back rule, including business travel groups, their lobbyists, and passenger rights advocates. No, I’m not just being a contrarian. I support their efforts to push for other important passenger rights reforms, including the establishment of a consumer complaints hotline for air travelers and tougher notification requirements for airlines.

I wish them well.

It’s not because the airline apologists have convinced me with their arguments that a turn-back rule would cost too much and create confusion. Their reasoning is weak, their motives questionable. These airline defenders claim to have our best interests in mind, but I believe nothing could be further from the truth.

I’m not casting a vote against a Passengers Bill of Rights for ideological reasons, either. Full disclosure is in order, though. I’m an American citizen who believes in free enterprise. I’m a registered independent, but I spent my formative years in Europe, where government was often seen as a solution to problems — not as the problem.

I think government can solve this problem.

Here’s why the turn-back rule won’t work: I’ve watched a similar law in Europe, designed to protect the interests of airline passengers, since 2004. It started with the best of intentions and the way I understood the language of the law, it seemed watertight.

But the airline industry found a way around it. It redefined a few terms, rendering the rules meaningless. What’s more, the EU courts were slow to act, and they essentially let carriers run roughshod all over the new regulations.

I have no doubts that the American airline industry will find a way around any turn-back rule.

So what’s the solution?

I believe the real key to protecting passenger rights is reforming the Transportation Department. The DOT is supposed to protect the interests of airline passengers. Instead, the agency has allowed airlines to do more or less whatever they want.

Consider the recent series of fines leveled against airlines for failing to follow the DOT’s already-generous fare advertising rules. Although the agency denies it, these fines were laughably small — a proverbial slap on the wrist.

I think Finland has a better idea. If you get a speeding ticket, it’s calculated as a percentage of your income. One unlucky motorist got a six-figure ticket a few years ago. Similar action by the DOT might stop further airline violations.

Here’s another huge loophole: The agency allows airlines to write their own rules (their contract of carriage) and only imposes these insignificant fines when they don’t follow them. This is absurd on many levels. The DOT needs to tell airlines what to do, not allow them to invent their own rules — it’s their job.

What does any of this have to do with passenger rights, and tarmac delays in particular?

Well, here you have an agency that lets the companies it regulates make up their own rules. It’s wishy-washy on fines. (In fact, given its preliminary findings on the recent Continental/ExpressJet tarmac stranding, it’s unlikely any fines will be issued.) What’s more, it allows airlines to load up their fares with dishonest fees and surcharges, claiming it doesn’t have the mandate to regulate airfares.

And these government watchdogs are supposed to enforce a turn-back rule?

Until we address the core problem, which is that the Transportation Department is more concerned with promoting the airline industry than promoting the interests of airline passengers — and until we give the DOT a reason and the resources to enforce existing rules — a Passenger Bill of Rights will be completely meaningless.

We need cops on the beat, not cheerleaders.