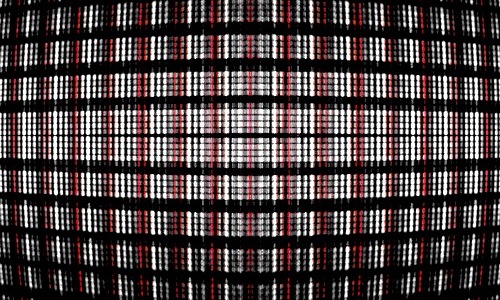 When Lefteris Michailidis didn’t get a confirmation email from Priceline for a recent three-night hotel stay in London, he thought his bid wasn’t accepted.

“I assumed that there was no transaction and I booked a hotel with Hotwire instead,” he says.

“A few days later, I received an email from Priceline saying that I should get ready for the trip to London,” he recalls. “I was confused and I called Priceline to find out that they had charged me for a hotel room, although I thought that the transaction I originally tried to make with them did not go through because I never received a confirmation email.”

As it turns out, Priceline had charged him for his room after all. Now he would pay for two sets of hotel rooms during his visit. (Priceline’s “name-your-own-price” rooms are completely nonrefundable and can’t be changed.)

Michailidis’ experience raises a question that comes up often in my consumer advocacy practice: When is a confirmation confirmed? Is it when you press the “enter” button on your PC? When you get an email with a confirmation number? Or is it when you actually board the plane, open the door to your hotel room, or turn the ignition on your rental car?

In 99 out of 100 cases, an email with a confirmation number is reason enough to believe you have an actual reservation. But Michailidis was that 1 percent where the email — or more precisely, the lack of an email — wasn’t enough.

“Email as a means of confirming a reservation isn’t always reliable,” Priceline spokesman Brian Ek told me. “That’s why we recommend checking the website or calling.”

(Take a minute to let that sink in. Here’s Priceline, an online travel agency, saying email can be unreliable.)

Michailidis didn’t think it was fair to pay for a hotel twice, so he disputed the charge with his American Express card. But Amex sided with Priceline.

In other words, don’t count on an email from Priceline.

I asked Priceline to take another look at Michailidis’ complaint. I mean, if you never send a customer an email, then expecting him to pay seems a little unreasonable, doesn’t it?

Priceline’s response: But we did tell him.

So when is a confirmation a confirmation? I’m leaning toward, “don’t believe it until you see it,” but obviously, that’s a worst-case scenario — one exacerbated by the fact that Priceline’s model is slightly different than the rest of the travel industry, in that its products have lots of unusual restrictions.

Still, here are a few words of advice: The next time you make an online reservation, be sure to whitelist the domain of the travel company you’re dealing with. (So, for example, if you’re booking through Orbitz, you’ll want to add “orbitz.com” to your email whitelist, so all of its emails will get to you.)

And if you have any doubts about your reservation, call your online travel agency — and assume nothing.

Update (2:20 p.m.): During the last week, I’ve received several emails (the ones that got through) complaining about the tone of the comments section on this site. These readers, some of whom have been commenters for years, are refusing to participate in the discussion because of the negativity and perceived bullying by a small, vocal group of commenters.

I’ve reviewed the comments and I agree. Some of the threads are virtually indistinguishable from FlyerTalk’s infamous flame-fests.

I will not allow my site to be turned into another FlyerTalk.

1) I’ve reverted to the old version of Disqus, which allows for more moderator control. Also, it eliminates the ability to “upvote” and “downvote” comments people agree or disagree with. I think having your comment voted down can be hurtful and offensive to some commenters.

2) All comments will require a confirmed email address. I will not allow anyone to anonymously take potshots at my commenters.

3) All of the comments are now being screened. If your comment doesn’t add to the discussion, or is nothing more than a thinly-veiled ad hominem attack, I will not approve it.

I will probably relax the all-comments screening policy in due time. But for some commenters — and you know who you are — their profiles will continue to be in moderate-only mode.

If you have any questions about the new policy, please email me directly.

I’m sorry it’s come to this.