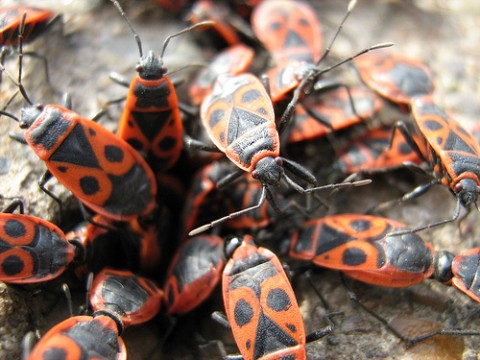 If you don’t like bugs, you might want to skip this story. It comes to us by way of Allison Nawracaj, who recently flew to Jamaica for her honeymoon.

But her week-long stay at Sandy Bay Resort in Negril was cut short when she says she found insects in her room. Lots of insects.

“When I walked into the room everything was covered with bugs from head to toe,” she told me. “A lot of money was spent on this five-star property and I have traveled all over the Caribbean previously. I know what a room should look like, and shouldn’t.”

Nawracaj phoned her travel agent immediately, and she and her husband were quickly offered a different hotel, “a hotel room that should look like what we originally requested,” she says.

But there was just the matter of their refund.

I have many pictures and emails of correspondence back and forth with them stating that I would be refunded a six-night, seven-day stay.

Where is the refund?

Oh, one more thing: Nawracaj’s honeymoon was almost a year ago. She contacted me last fall to see if I could help. Today, I’m writing about her case – finally.

I asked her who had her money, and she said it appeared the money had been refunded, but that Delta Vacations was keeping it.

“My travel agent contacted Delta and [it] stated that Beaches was responsible for refunding the money. Beaches refunded the money to Delta instead of to us, and neither Delta Vacations or Beaches will refund our money,” she told me.

Aha. So Delta might be holding on to the money. This isn’t unusual. Companies may do that because they have their own set of refund policies, and if they are not met, they consider the money to be theirs. Highly dishonest.

So I decided to ask Delta about this honeymoon gone wrong.

It looked into the matter and issued a $392 refund, which represents the one-night cancellation fee Beaches would normally charge.

“However, I never got the refund for my six unused nights that was promised/confirmed to me from Beaches,” she says.

I can see how, from a resort’s point of view, this partial compensation might seem like enough. From a hotel’s perspective, when guest leaves on her first night at a hotel, it’s kind of impossible to resell the room. It’s lost revenue. Whatever Nawracaj thought she’d been promised, the reality of the situation is that a full refund would cost Beaches real money.

Then there’s the issue of bugs. Insects in a room are gross. Insects in your honeymoon suite? Double your displeasure. But the reality is, the Caribbean is full of insects. As a cub reporter, I made the mistake of making a crack about the bugs in my hotel room, and I paid dearly for it. Long story.

Anyway, if Nawracaj had really traveled to the Caribbean often, as she claims, she’d know that it’s crawling with bugs. (FYI, Florida is also infested with bugs, and I ought to know — I live there.)

So if she’d wanted to escape the bugs, there were other places to honeymoon.

Still, if Beaches had promised a refund, why not either credit her or at least tell her in writing why it won’t credit her.

Nawracaj says this has gone beyond saving her honeymoon. She wants to get the word out about Beaches’ bugginess as a public service.

The last thing I want is for this experience to happen to anyone else! The thing I am most upset about is first-time family vacationers that take their family to that resort and only end up with a bug-filled stay and terrible customer service.

It’s not a cheap hotel that is $20 a night. Even if it was, there shouldn’t be bugs crawling all over the bedspread and the cleaning ladies squishing them between their fingers as they are talking with me.

Of course, there might be another explanation: That Beaches has a little infestation problem, and could use a good exterminator. But if that’s the case, why not pay guests like Nawracaj off, and buy her silence?

This isn’t a black-and-white case. Delta Vacations has refunded part of her honeymoon. Beaches is trying to protect itself from a total loss, it seems. It’s also unclear if Nawracaj and her husband gave Sandy Bay an opportunity to put them in an insect-free room, or if they just bolted — though you can understand why someone would check out in a hurry.

Did Delta Vacations and Beaches offer Nawracaj enough compensation, or should a press the companies to refund her entire stay?