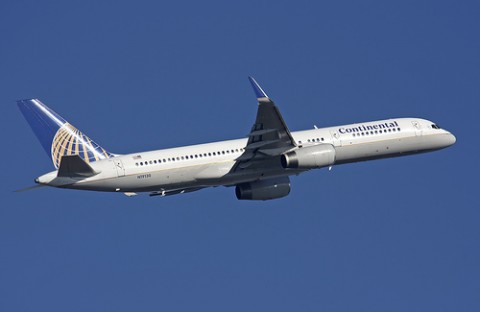 Ah, the perils of airline codesharing! That’s the questionable but widespread practice of claiming another airline’s flight is yours. And it doesn’t always benefit the passenger, as Brad Albing will tell you.

Albing and his wife were flying from Cleveland to Paris by way of Montreal on Continental Airlines, which at the time was operating as a division of United Airlines.

Their schedule called for a departure at 6:10 p.m., arriving in Montreal at 7:31 p.m., with a connection on another Continental Airlines flight leaving at 8:55 p.m.

“We arrived at Cleveland Hopkins more than two hours early and checked in with a Continental employee who issued our boarding passes for Cleveland to Montreal,” he says. “We asked for boarding passes for the Montreal-Paris leg and he told us to get them in Montreal. We asked if we would have enough time when we got there and he said yes.”

The Albings’ flight landed in Montreal at 7:55 p.m., but it turns out the cut-off time for boarding the Paris flight was 7:51. Oh, and PS, the connecting flight wasn’t operated by Continental at all.

It was during this sequence of events that we learned that Air Canada was operating the second leg of our flight. We were advised that there is a 60 minute cutoff before departure for international flights.

We therefore couldn’t check in and get boarding passes.

Thus, we were denied boarding.

Since there was no Continental Airlines representative to assist them in Montreal, they phoned the airline to ask for help. A representative offered to rebook them on a flight that left two days later, but said they wouldn’t be offered a hotel voucher or meal vouchers in the meantime. Instead, they should submit their receipts.

In an attempt to salvage as much vacation as possible, we asked for any alternative. The rep suggested a flight to Brussels the next day via Newark.

We accepted that. We flew from Montreal to Newark. Then from Newark, we were flown to Brussels and then took the TGV to Paris.

Talk about a circuitous route!

When they returned, they contacted United Airlines (Continental) by email and told it about the problem. They received a form response.

“Continental said that it was sorry that things worked out as they did and that Continental did make good by getting us to Brussels,” he says. “And they hoped to see us on a future Continental Airlines flight.”

The Albings decided to escalate their complaint. They felt Continental should take some responsibility for allowing an Air Canada codeshare flight to be booked with a tight (possibly illegal) connection and that it didn’t give them enough information about their connecting flight. They appealed their case to a Continental manager, in writing.

Here’s the response, which came by way of United Airlines:

In reviewing our current policies, [our representative] advised you correctly regarding compensation/reimbursement.

Allow me to explain: Although Air Canada is one of our partners, the through check-in process is not always possible.

At the original check in if the connecting carrier does not have seats then the check in would fail. I regret the inconvenience you and your wife were caused. Unfortunately, we are unable to issue monetary reimbursement.

I have issued you and your wife a travel credit. You will receive it via a separate email. We value your business and thank you for choosing Continental Airlines.

Albing is puzzled by Continental’s answers:

The travel credit issued was for about $303 each (my wife and me) – so they appear to be issuing a travel credit equal to our out-of-pocket expenses.

Unfortunately, that won’t buy a ticket to most of the places we’d be likely to go (e.g. Phoenix or San Francisco). Still, I understand their reasoning.

What I don’t understand is why the answer changed significantly from the response I got from the first rep to the second.

The first response seems to be equivalent to saying, “Oh well – these things happen – flight was a little late – tough break. We got you there eventually.”

The second response takes a different turn – “Sure we told you that you had a reservation. But that doesn’t mean we actually have a seat for you on the plane. The check-in process failed, but we didn’t think it was important to tell you at the time that we screwed up and you got screwed. Once we have your money, we pretty much stop paying attention to the process.”

I think the second response is much better than the first one. Then again, this shouldn’t have happened at all. (Some of it may have been because of the merger between United Airlines and Continental, which didn’t go as smoothly as the airlines hoped.) But shouldn’t they have known about the Air Canada switch?

Did United Airlines (or Continental) do enough for the Albings?