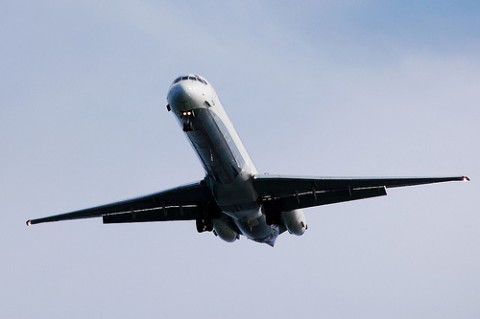 Here’s something you don’t see every day: A $30,000 government fine against a company called City Skies for operating an airline without economic authority from the Transportation Department.

In other words, the airline had a little paperwork problem. Here’s the consent order (PDF).

Running an airline without authority is illegal, obviously.

A person or entity that does not hold economic authority from the Department may not lawfully solicit and contract as a principal in its own right with a charter customer for air transportation and then, as a principal in its own right, solicit and separately contract with a direct air carrier to provide the air service that it has promised to the charter customer.

The Transportation Department alleges the company unlawfully engaged in air transportation as a direct air carrier on its website at by referring to itself as the “first air carrier to originate non-stop service to Cancun, post Hurricane Katrina, from beautiful Louis Armstrong International Airport in New Orleans.”

City Skies insists it tried to comply with the licensing requirements.

In its response to the government, the company said it stopped any actions which might be interpreted as “holding out” as a provider of any type of tour operations or any related services prior to the receipt of the written notification from the Transportation Department.

As part of the consent order, City Skies and its owner, Ronald Mays, must refrain from future violations. But it goes one step further, directing Mays to cease and desist for a period of not less than 20 months from the date of issuance of the order from directly or indirectly engaging in air transportation or air commerce, or both, except as an air travel consumer.

The order also prohibits Mays from involvement with an air carrier or foreign air carrier or their agents, ticket agents, and with any other entity directly or indirectly engaged or seeking to engage in air transportation or air commerce or both.

So that’s what you get for operating an airline without a license. Didn’t you always wonder?