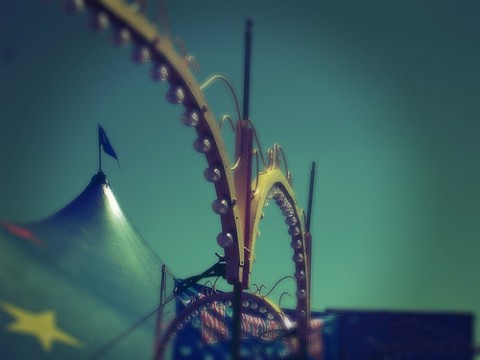 With just a few days before the 10th anniversary of the Sept. 11 terrorist attacks, everyone who stands anything to gain from the day is amping up the rhetoric.

Let’s start with this curious travel advisory issued yesterday by the State Department, which warns American travelers of “threat” posed by al-Qa’ida and its affiliates.

While we have not identified any specific threats from al-Qa’ida affiliates and allies to attack the United States or our interests on the 9/11 anniversary, U.S. citizens should be aware that al-Qa’ida affiliates and allies have demonstrated the intent and capability to carry out attacks against the United States and our interests around the world.

In the past, terrorist organizations have on occasion planned their attacks to coincide with significant dates on the calendar. This Worldwide Travel Alert supplements the July 26, 2011, Worldwide Caution, and expires on January 2, 2012.

So they have no information about a possible terrorist attack. And the advisory doesn’t expire until Jan. 2, which is long after the 9/11 anniversary.

What, exactly, is the State Department trying to do? Scare us?

More of the same nonsense came this morning in a prepared 9/11 anniversary statement from Janet Napolitano, who admitted, “there is no specific or credible intelligence that al-Qa’ida or its affiliates are plotting attacks in the United States to coincide with the ten year anniversary of 9/11” but then went on to say the Department of Homeland Security was “at a heightened state of vigilance.”

We also have a few self-serving TSA statements made to coincide with the 9/11 anniversary. The first is a congratulatory post entitled Tenth Anniversary Report Card on 9/11 Commission Recommendations.

In it, our favorite TSA mouthpiece, Blogger Bob, reminds the screened and scanned classes that his agency is just following orders by creating a “safe and solid layer of security” at our airports.

Alone, each layer enhances security. Together, they provide a formidable defense that detects threats and deters potential attackers to keep the traveling public safe.

And we’re always testing new technologies and procedures to enable us to evolve with the threats while improving passenger security and privacy.

Oh, never mind. TSA has turned up the volume on this anniversary. Here’s another post of stories remembering the events of that day from TSA agents’ perspectives. And another on a museum exhibit with 9/11 memorabilia.

There’s a reason the government is making a big deal of 9/11/11: Unless people believe that this is a somber national holiday, and that the terrorists are just waiting for us to let down our guard, what reason do our elected representatives have to keep funding the bloated bureaucracy that some say violates our privacy whenever we try to fly?

Truth is, 9/11 is just another day. By canonizing it the way the federal government, and specifically the TSA, wants to do it, we are handing an important psychological victory to the enemy. We are, in effect, saying the terrorists have won — they have changed the way we live and travel forever.

Perhaps we should also see the TSA in a more pragmatic way, as some suggest — as part of the problem, not the solution. The TSA thrives on our collective fear and paranoia, they say. And many critics also believe al-Qa’ida and its cohorts are delighted that America now more closely resembles a “papers please” police state than a freedom-loving republic.

That’s nothing worth celebrating.