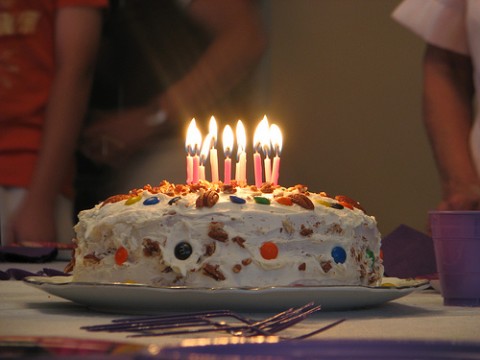 No one was surprised by this week’s report that the Transportation Security Administration glossed over the health risks of its airport X-ray scanners.

The investigation found that anywhere from six to 100 U.S. airline passengers each year could get cancer from the machines — a hazard critics have warned about ever since the devices were quietly deployed in many airports almost two years ago.

The real shocker, coming on the eve of the TSA’s 10th anniversary, is when you combine that fact with a lesser-known one: For whatever reason, and with greater frequency, TSA agents have been insisting that airline passengers walk through the dangerous scanners, despite agency rules that make using the machines optional.

The agency charged with protecting the nation’s transportation systems turns 10 on Nov. 19. It’s also the one-year anniversary of the pat-down controversy, when the TSA arbitrarily decided that selected airline passenger had to either walk through the airport scanners or get patted down at the security checkpoint. Who can forget that?

Let me disclose my bias right up front: I’m no fan of the TSA’s current practices and it is doesn’t particularly care for me, either. The agency has lied to me, threatened me and served me with an illegal subpoena that would have forced me to name a source. (I declined.) But I support the idea of professional airport screeners, and I believe the TSA’s next decade can be a lot better than its first.

1. Stop scanning passengers.
It’s already plainly obvious to everyone except the TSA, Rapiscan and the lobbyists over at the Chertoff Group, that scanning airline passengers is an awful idea. The existing scanners haven’t stopped any terrorism attacks and, if the reports are to be believed (and I do) then they’ve put the lives of countless passengers and TSA agents in danger. Never mind the alleged privacy violations. The TSA needs to stop radiating us like produce before we board the plane. Now.

2. Deploy some common sense.
It’s difficult to know exactly what the TSA was thinking when its agents reportedly forced a wheelchair-bound, terminally ill grandmother to remove her adult diaper. Or when it patted down a six-year-old. To its credit, the agency revised some of its rules when these incidents came to the public attention. But it’s not enough. Passengers continue to complain about invasive and unnecessary pat-down and screening procedures. Those need to end immediately.

3. Enough with the chat-downs and liquid bans.
The TSA recently began testing a system of interrogating passengers at the screening area, better known as “chat-downs.” It will probably expand the system to other airports soon, perhaps in time for the busy holiday travel season. It’s a silly idea. There is no evidence that a jihadist has ever been caught by a security chat-down. Nor is there any hard proof that the preposterous restrictions on lotions and potions have made air travel safer. Unless there’s a compelling argument to the contrary — and I believe there isn’t — we should jettison both.

4. Know your place.
The TSA likes to think of itself as the last line of defense in the war against terrorism. That’s nonsense. It is nothing more than a minor but expensive cog in the homeland security wheel. The TSA replaced the underpaid rent-a-cops employed by airlines before 9/11, and they will never be anything more than security guards with no law enforcement authority. They should make their peace with that and try to treat air travelers like the taxpayers who fund them, not criminals who are guilty until proven innocent.

5. Beware of mission creep.
Despite its mission statement that the agency is supposed to protect the nation’s transportation systems, the truth is that the TSA is focused on airport security. The agency’s recent incursions into road travel with its controversial and unconstitutional Visible Intermodal Prevention and Response program — yes that’s right, it goes by the unfortunate acronym “VIPR” — is making some travelers uncomfortable. The blueshirts were out in full force in Tennessee recently, randomly inspecting cars and trucks with the help of bomb-sniffing dogs. Many Americans stopped flying in order to avoid the TSA. And now this.

6. No more secrets.
The TSA is so secretive, it often can’t even tell travelers if its own rules have changed. These classified directives, called Sensitive Security Information (SSI) are applied to almost everything the TSA does, so that it ends up being accountable to almost no one, because no one knows what it is doing. We deserve to know what the rules are when we fly and we deserve to know when they change. SSI is more like something an unimaginative bureaucrat pilfered from a dystopian novel he read in high school. That’s not the America I want my kids to grow up in.

7. Obey the law.
The TSA routinely defies the law, whether it’s holding public hearings on body scanners (which it didn’t do) or showing up to a Congressional hearing. How can we expect to take an agency seriously that doesn’t respect the law of the land and routinely thumbs its nose as the constitution?

8. Deal with your little PR problem.
Despite its claims that the agency enjoys near-universal support from the American public, the truth is that air travelers have little confidence in federal screeners. I know because I talk to passengers every day. They don’t trust the agency and often go to great lengths to avoid dealing with it. That’s a massive problem for the American tourism industry, which generates $1.8 trillion in economic output and is heavily dependent on air travel. Travelers would take an average of two to three more trips per year if the airport hassles could be reduced without compromising security, adding $84.6 billion in travel spending and support 888,000 additional jobs, according to the U.S. Travel Association.

9. Engage your critics.
The TSA is too quick to dismiss its detractors, even those that make reasonable and valid points. Just ask someone like Bruce Schneier, who, even when he lands an interview with an official, gets the brush-off. I’ve tried to interview TSA Administrator John Pistole several times — he’s always “too busy.” Hiding in your office is no way to deal with someone who disagrees with your policies. What’s more, it further cements your agency’s reputation for being unresponsive to the concerns of its own customers.

10. Lose weight now.
If I had told you 10 years ago that the TSA would devour $8 billion a year of the federal budget, you probably would have laughed out loud. The TSA budget for that year? Just $1.3 billion. Do we get eight times the security for that — or eight times the hassle? I think you know the answer. The agency is too bloated for its own good — and ours. It needs to downsize, to do more with less. We’re screening passengers for weapons, after all, not saving the planet.

Some of you hawks out there are probably saying to yourself, “Hang on! If we stop scanning passengers, let the grannies through security and start being accountable to the American public, won’t that open the door for another act of terrorism?”

Although the TSA claims its greatest accomplishment in the last decade is preventing a 9/11 repeat, we simply don’t know if all the elaborate precautions and alleged civil liberties violations have protected us, or would continue to protect us. We aren’t letting our guard down as much as we are taking a more reasonable approach to aviation security.

That said, I’m optimistic about the next 10 years. I think the TSA is slowly getting the message from an increasingly angry traveling public. There’s evidence of that everywhere, from its recent move to a more risk-based screening system, to the witty posts by Bob Burns, its resident blogger who often seems to appreciate the irony, if not the humor, in this troubled agency.

But the TSA has a long flight ahead. It will have to overcome a well-earned reputation for being intransigent, invading the privacy and dignity of air travelers and general incompetence.

At least it has one thing going for it: Things can’t get much worse.