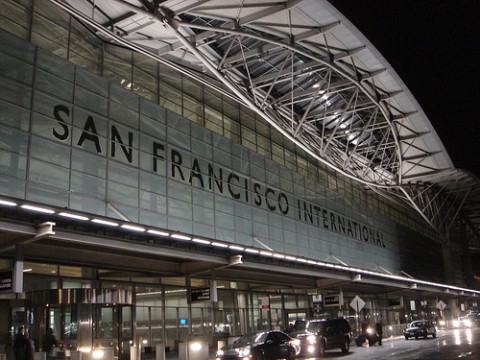 It’s not your imagination. Congress seems to be paying closer attention to travelers’ welfare.

A couple of weeks ago, I wrote about the International Travelers Bill of Rights, proposed bipartisan legislation that would require online travel agencies to disclose information about the potential health and safety risks of overseas vacation destinations marketed on their sites. A week earlier, I covered the aggressive new tarmac-delay laws included in the Federal Aviation Administration reauthorization bill.

And now, just in time for the busy travel holiday season, Sen. Mary Landrieu (D-La.) has introduced a bill that would require airlines to allow passengers one checked and one carry-on bag “for free.”

The Airline Passenger BASICS Act would force air carriers to let passengers check one bag within weight limits at no extra charge and would guarantee certain minimum standards for passengers, such as access to free drinking water and bathroom facilities as well as the right to carry on bags and personal items for no fee.

“When an airline advertises a flight, that is how much it should cost, plain and simple,” Landrieu said in a prepared statement. “Passengers should not be charged additional fees for checked or carry-on baggage, drinkable water or other reasonable requests. Air travel can be a stressful experience for many reasons, but unfair fees for basic amenities should not be one of them.”

Before I get to the answer, I should disclose my bias: As a consumer advocate, I of course think that all travelers are entitled to a certain level of protection. As I’ve noted in the past, I’m deeply conflicted about the latest crop of consumer protection laws, flawed as they are. A little voice in my head says that a bad law is better than no law, and that voice won’t go away. But let’s take a closer look at the Landrieu bill.

If the fact that the government would tell a business to give something away for free doesn’t set off a few alarms, a little basic math should. The airline industry collected $3.9 billion in checked baggage fees in 2008 and 2009, according to Landrieu. The Transportation Department reports the figure as $1.6 billion for the first half of 2011.

It’s difficult to say what percentage of those fees came from the first checked bag, but it’s far easier to conclude that without these fees, the airline industry — with the possible exceptions of JetBlue Airways and Southwest Airlines — would be in serious trouble.

North American airlines are struggling this year, according to the International Air Transport Association, a trade group. It predicts that rising fuel prices and the pressure of operating an older and less fuel-efficient fleet will lower profits to just $1.2 billion for the year, down from $4.1 billion in 2010.

“Without the bag fees,” says Michael Miller, a vice president at the American Aviation Institute, “most airlines would be in bankruptcy.”

Airlines for America, which represents most of the major U.S. carriers, says consumers will also lose if Landrieu’s bill becomes law. “Government regulation of pricing is a 30-year step backward to when customers paid more and had fewer choices,” says Steve Lott, a spokesman for the group. “Consumers have been the big winners from airline deregulation.”

Although Lott dismisses the bill as a holiday stunt, the frustration that led to its introduction is without a doubt genuine. You don’t have to be one of Landrieu’s constituents to be frustrated by luggage fees, but it helps. Delta Air Lines, which has a strong presence in Louisiana, is also one of the most aggressive about charging baggage fees. It collected $424 million in fees in the first half or 2011, according to the government — $130 million more than the No. 2 airline, American.

I checked with the senator’s office about the bill, and although a representative declined to address the little revenue problem that the proposed law might create, she said Landrieu expects “strong support” from the public and other members of Congress.

In other words, it’s no holiday stunt.

But it isn’t the baggage fees per se that have upset passengers. It’s the poor or non-disclosure of these and other surcharges in the past that has often left air travelers standing at the ticket counter, surprised at having to pay more for their trip. In one remarkable case, a San Francisco passenger named Teri Weissinger spent eight days at the airport because she didn’t know about, and couldn’t afford, the luggage fees for her flight.

Federal regulators are working to fix that. A new rule already in effect forces airlines to disclose optional fees prominently online, so anyone complaining about them probably isn’t looking at their computer screen carefully. Just in case, though, starting Jan. 24, a new regulation will require all taxes and fees to be included in advertised fares and force airlines to disclose baggage fees when passengers book a flight; this will probably address most of the baggage fee concerns without also bankrupting the entire domestic airline industry.

The same is true for the tarmac-delay provisions in the FAA bill. Brand-new regulations have already practically eliminated the problem of lengthy ground delays. A new law is probably unnecessary.

So what is needed? I’m reminded of my interview with Nancy Midlock, whose young son died in a tragic accident at an all-inclusive hotel in Mexico in 2003, and whose efforts led to the introduction of the International Travelers Bill of Rights. I can’t imagine what it’s like to lose a child the way she did, and I certainly can’t blame her for trying to create a law that might prevent another senseless death.

Midlock created a Web site that has received virtually no attention in the debate about the bill, which is too bad. I think it achieves more than any law could: warning travelers to Mexico about the health risks they might face there.

My point is, informed travelers don’t get scammed by airlines. Their children are far less likely to get sucked into an underwater drainage pipe at a Mexican resort. And in a world where airlines, airports and passengers have access to good information, no one needs to be stranded on the tarmac. Ever.