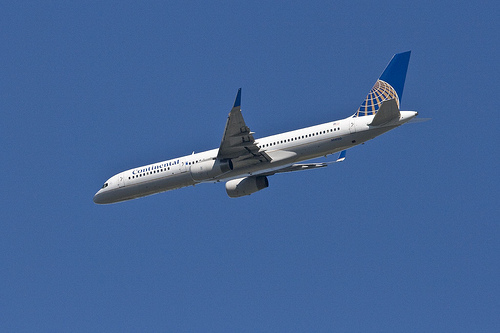 Here’s a story about an airline doing the wrong thing, then the right thing, and then a confusing thing.

But let’s start with the wrong thing: When Bob Walker booked a flight from Newark to Hong Kong for a colleague, he noticed the “taxes and fees” portion were dramatically lower than the surcharges he paid for an identical ticket. Walker became suspicious. Was Continental, with which he had Platinum status, trying to pull a fast one?

In a email to me, he described the fee hike as “an abusive situation.”

On Sept. 23 I booked a trip to Hong Kong on Continental and was charged a base fare of $1,393 plus $406 in taxes, which I thought was excessive at the time and should have questioned.

Last night, I tried to book an associate out of Detroit to Hong Kong on Continental (same flights to and from Newark–CO 99 & CO 98) and noticed the additional taxes were only $86 which naturally piqued my curiosity. I called Continental and they said my ticket had a $320 fuel surcharge and there was nothing they could do.

I thought maybe when you hit the purchase button, additional fees would pop up which mysteriously happens with Allegiant Air (try flying them as that is a real hoot, booking-wise) but Continental assured me the $1,678 and $86 was indeed correct and that on Sept. 23 they had a fuel surcharge and this charge could not be removed.

I wonder how many other passengers were charged this fee which has now mysteriously disappeared less than two weeks later. If you think about it — that is a 24 percent surcharge on a $1,393 ticket — has aviation fuel moved that much?

Continental did the right thing when it received his inquiry. Walker copied Anne Munoz, who is in charge of customer care at Continental, and she replied to his email before I could. (On a Saturday morning, no less.)

Thank you for the opportunity to respond on behalf of Continental Airlines. I would like to personally apologize for the fuel surcharge issue you describe below. Please allow me to look into this situation. We will certainly follow-up and see where the challenges are with the charges.

We appreciate your business and know we have to earn it.

Walker fired back the following note:

Anne, I really think if you look at the detail of the transaction, you will see HK320 and I suspect the transaction was done in partial Hong Kong dollars. It would explain the difference: 320 HK dollars is roughly $42 in US Dollars.

The fuel charge explanation made no sense and three different employees said it was a fuel surcharge, which I don’t think has been charged for almost a year and it certainly wouldn’t be $320 as fuel is about 20-25 percent of your operating costs. I hope it is the currency as that is more explainable. Mistakes do happen and I hope if you find it was a mistake, you can research as other passengers are probably affected.

To which Munoz replied:

I will definitely research and get to the bottom of the issue for you and anyone else affected. I will need to check with a few folks Monday and will be certain we get back with you on this.

What I expected next was for Continental to issue a refund on Monday, along with a vague explanation. Instead, Walker received this:

I found that the fare you purchased was actually a test fare which should not have been made available for sale to the public. It was loaded on Continental.com in error. Thank you for bringing this to our attention; we have notified our webmaster to ensure we make corrections for any other customers that may have purchased this fare in error.

In regards to the fare itself, when I checked with our Rates Desk to determine what the correct fare would have been on September 23, 2009, when you purchased your ticket, they advised that the fare was actually higher than what you purchased; however the Q surcharges would have showed correctly as Q41.00 for the outbound flight and Q45.25 for the return. The fare as of today is $300 less than what you purchased; however you would lose the B fare you wanted to keep in order to be eligible for upgrading to BusinessFirst, Therefore, we have agreed that we should leave your ticket as is, and I have documented the reservation so that you won’t have any trouble with the ticket. If anyone comments on the ticket, please advise them to read the documentation.

Also as we discussed, I will be sending you an Electronic Travel Certificate (ETC) by email. You should receive the email within 48 to 72 hours. When you do, please note the restrictions and expiration date.

Thank you for continuing to choose Continental Airlines. You are a valued customer and your business is greatly appreciated.

Continental was “testing” a fare but ultimately quoted Walker the right price on its site. Which begs the question: What, exactly, is it testing?

Is Continental trying to make its fares look lower by breaking out more taxes, fees and surcharges, a la Allegiant? Or was this just an honest mistake that’s already been fixed?

I don’t know. But as a consumer, I’m only interested in one price: the one I have to pay.