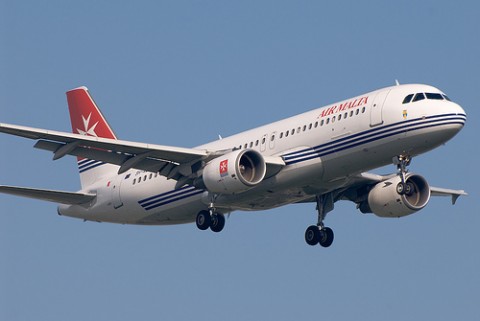 When Linda Krasowski’s daughter Caitlin landed in London on her way to Malta, she was greeted with an unexpected fee. An Air Malta representative asked her to pay $250 because one of her checked bags was 10 pounds over the limit.

“That was more than her ticket from London to Malta,” she says.

Caitlin wasn’t alone, fortunately. She happened to be on a school trip that had been arranged by a travel agent. Her mother was confident this could all be worked out once she came home.

But it didn’t prove to be that easy. After consulting with her travel agent, she decided to ask United Airlines for help. Caitlin had flown from Washington to London on United, and the travel agent felt that her bag should have been checked to her final destination.

“We feel that the error was made by the United Airlines attendant in mishandling her baggage,” she wrote in an email to United’s CEO.

The answer from United wasn’t encouraging.

The reservation that this group was traveling on was a round trip between Dulles and London. Their flights to Malta must have been on separate tickets on a different reservation. Unfortunately I am unable to assist you with charges from another airline on a completely separate booking.

We wish you the best of luck with Air Malta.

I’m a little confused. If you booked an airline ticket through a travel agency, then your tickets would be on the same reservation. So United’s statement that she “must have” been on a different reservation seems to be a brush-off. If the airline has her record locator, it could just check, right?

And another thing: Of Caitlin’s group of 27 students, 22 had their luggage delivered all the way to Malta. They paid no extra fees.

Krasowski is furious. She believes the United ticket agent made a mistake.

“I was standing right there with my daughter when the United Airlines attendant said to her, ‘Your final destination is Malta, correct?'” she says. “My daughter responded, ‘Yes’.”

She says the incident has been difficult for her family.

My daughter is currently under the care of a cardiologist for a hole in her heart. This was the dream of a lifetime for her, after her heart problems the past two years.

She just turned 20 years old. I’m sure you can imagine how stressful this situation was at that time. She called me at 5 a.m., hysterically crying, not knowing what to do. I had to try and calm her and reassure her that it would be OK.

Needless to say I never got back to sleep because I was so worried about her. It was a horrible moment for all of us.

A $250 luggage fee isn’t the end of the world. But someone screwed up. I’m just not entirely sure who — and how this can be resolved.

It’s possible that something happened to Caitlin’s reservation, that it wasn’t connected. The best place to address an issue like this is at the airport, when your agent puts an LHR tag on your bag instead of an MLA tag, indicating that your luggage is terminating in London.

But who should pay? Should United fork over $250? Should the agent, who may have made a ticketing error? What about Air Malta, which probably shouldn’t have billed Caitlin for her luggage?

“This should not have happened,” says Krasowski.

Update (4:30 p.m.) I’ve reached out to Krasowski’s travel agent to get a few additional details. Here’s what he told me:

I have had no luck at all with either carrier – in fact, I have not had the courtesy of a reply from United. Air Malta has flat-out refused to cooperate.

There were 27 passengers in total. 22 had their bags checked all the way through to Malta, 5 did not. Those passengers that were checked in properly, and had a second bag, were charged $50 by United and had no issues retrieving their bags in Malta.

United’s group department was perfectly aware that this group intended to connect in London, not terminate there. I have made similar arrangements for this group, albeit with different students, for the past eight years and I have never encountered a problem.

Both carriers are trying to cast blame on the fact that the passengers each had two separate tickets – although this is a standard practice and has no bearing on how they should have been checked in.

Clearly, this situation is the result of an error on United’s behalf – although Air Malta could clearly see the error and seemingly took advantage of it.

I think my next step is to talk to United and Air Malta. Stay tuned.