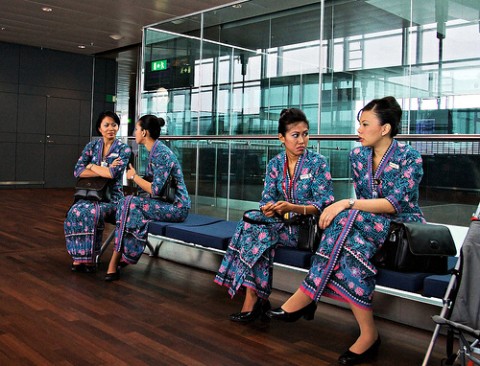 Maybe you aren’t a senior member of Congress, a visiting dignitary or a working pilot — three of the most high-profile groups of air travelers who are exempt from a full-body scan or “enhanced” pat-down by the Transportation Security Administration.

Working pilots are the latest group to skip the scanners, following intense pressure from their unions and several lawsuits. “Allowing these uniformed pilots, whose identity has been verified, to go through expedited screening at the checkpoint just makes for smart security and an efficient use of our resources,” TSA Administrator John Pistole said in a prepared statement last Friday.

Flight attendants are not far behind. Already, Delta Air Lines and Southwest Airlines’ flight attendant union have asked TSA for an exemption for their crewmembers. They are widely expected to get their way soon. (Update: It just happened.)

Former presidents flying commercial with Secret Service agents and some foreign ambassadors also traveling with guards are exempt from screening, according to the Post.

Members of the military traveling in uniform must pass through security checkpoints but are not required to remove footwear unless it sets off a metal detector, according to the TSA. The agency also allows airlines to issue special-access passes to military family members who are not flying but want to say goodbye or greet a loved one at the gate.

State, local and tribal police officers who must fly with a firearm have to obtain an identifier code from the TSA before flying. The officers have to present the code and law enforcement credentials before passing through security.

Cargo loaders, baggage handlers, fuelers, cabin cleaners and caterers can, as a matter of routine, bypass TSA inspection entirely, according to Salon’s Ask the Pilot.

In some cases, this exemption also extends to airport volunteers who offer directions, information and assistance to air travelers. I interviewed one airport volunteer who routinely used his credentials to bypass security when he flew, arguing that the ability to skip a checkpoint was one of the perks of his job.

It should be noted that the level of exemption are not the same for every group. For example, ground workers can access the terminal by swiping their ID card at an unguarded door, whereas pilots must still have their IDs checked and submit to random screening.

Still, the list appears to be growing by the day as more special interest groups try to opt out of the screenings. It is probably just a matter of time before this list is exploited by the bad guys.